More than one in ten secondary schools look set to ignore government calls to begin reopening to year 10 and 12 pupils next week.

A poll by Teacher Tapp found that although over 70 per cent of state secondary school staff reported their school would open more widely next week, 13 per cent said they were waiting until a later date, with some not planning to welcome pupils back until the autumn.

The government has asked secondary schools to begin “some face-to-face contact” with year 10 and 12 pupils from next week, but with only 25 per cent of those pupils allowed in school at any one time.

Geoff Barton, general secretary of the ASCL leaders’ union, said heads were “doing an enormous amount of work”, adding that it was “akin to something between a military operation and an exercise in mathematics”.

At Heathfield Community College in East Sussex, around 30 per cent of year 10 pupils will not be returning with their peers next week. Headteacher Caroline Barlow feels the school’s rural location is to blame. “A lot of parents don’t want to put their children on the buses,” she told Schools Week.

The year 10 pupils who are going back have been split into three groups, with each going in for one day a week. On those days, they will learn in “bubbles” of eight, each with its own room, and no interaction with other groups. 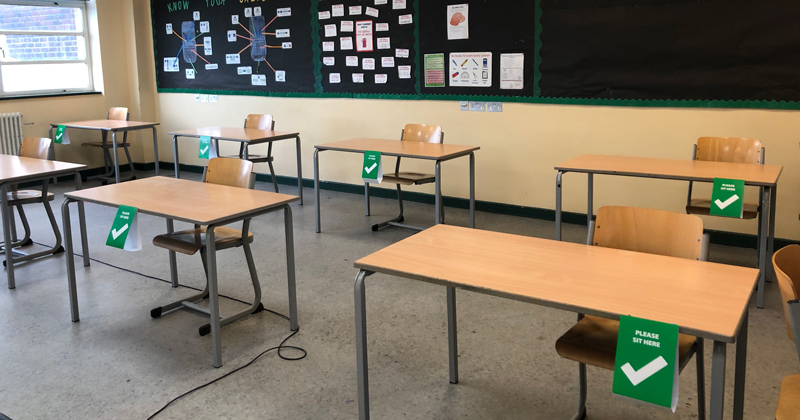 A classroom at Heathfield Community School

“We could get a few more in but it means the teacher couldn’t leave the desk,” said Barlow.

“We’ve got one-way systems around the school, and new signage. But we’re in competition with everyone else for PPE, cleaning wipes and hand sanitiser. I feel like I’m spending most of my time stalking Wickes.

“None of it feels quite real, but we’re trying to make it as real as possible.”

At Manchester Academy, year 10 has been divided into fifths, with each attending for a day.

“Each bubble, each class, is no more than 10,” says head James Eldon. “And that’s dictated by two metre social distancing. 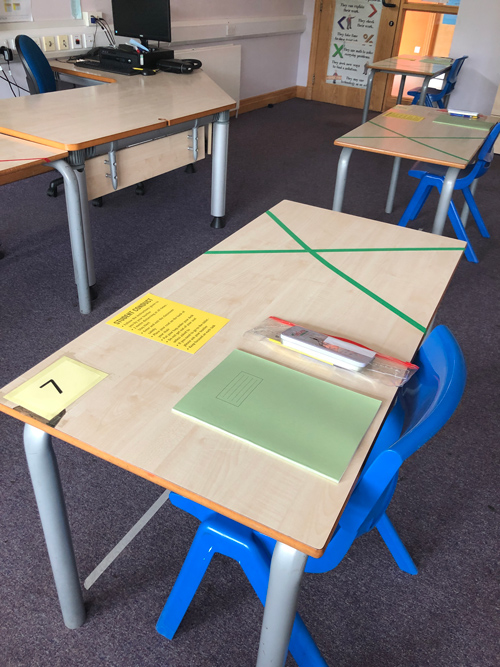 “That put a really big limit on how many rooms we could use. We’re quite a big school, but in the end, there were only about 15-16 rooms that we could actually work that in, and even in some of those it was a little bit of a squeeze.”

Geoff Barton said the biggest problem had been confusion about whether the 25 per cent rule applied to the year groups separately or collectively. “It took a great deal of time to obtain a clear answer from the government that it was, in fact, the latter,” he added.

“This made planning extremely difficult, and it is to the great credit of schools that they have turned this round in such difficult circumstances.”

Responding to a Teacher Tapp poll yesterday, ten per cent of state secondary staff said their school had already returned, either this week or last, while 71 per cent said their institution plans to reopen next week as per the government’s wishes.

Three per cent of respondents said their school would not re-open to year groups until the autumn term, while five per cent said they were undecided.