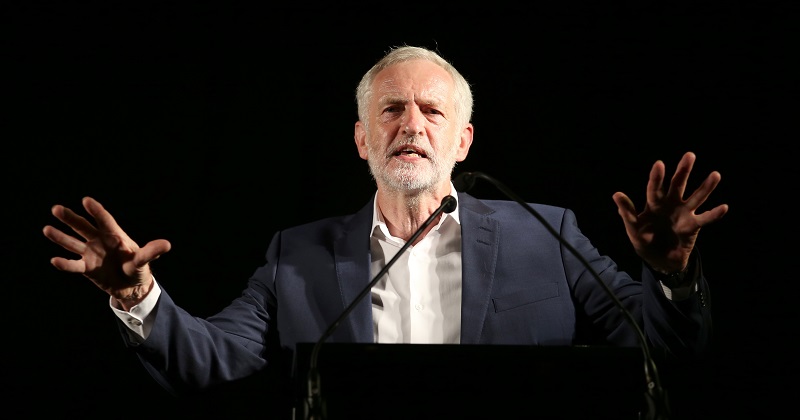 The Labour leader was asked by a delegate at the National Association of Head Teachers annual conference in Telford whether he was “brave enough” to reverse the real-terms cuts faced by schools as a result of unfunded cost pressures.

“I believe we are brave enough to do it, because I see education as a complete priority and that is what I want to achieve,” Corbyn said.

However, the Labour leader told the conference he was not ready to set out his detailed plans for spending in education, which be included in the party’s manifesto, although he did hint it may be funded through corporation tax rises.

“I’m afraid I can’t give you a sneak preview of the full Labour manifesto today but be assured if it’s a choice between a tax giveaway to the largest corporations paying the lowest rates of tax in the developed world or funding for our schools. Labour will make very different choices from the Conservatives.”

Asked if he would give a copper-bottomed guarantee that Labour would fund schools to plug the £3 billion hole, Corbyn said: “We’re very clear on that, and how it will be done will be in the manifesto”.

Corbyn also pledged to “put an end to the continual attacks on the teaching profession”, and “end the downward pressure on pay and conditions”, adding that Labour will lift the cap on public sector pay which affects school staff.

John McDonnell, the shadow chancellor, told the National Union of Teachers conference earlier this month that Labour would “fully-fund” education.

Russell Hobby, the NAHT’s general secretary, said: “We want any future government to commit to fully and fairly funding the education system and there are encouraging signs from what Mr Corbyn said today that this is a priority for Labour.

“We will await the details when they are set out in the party’s manifesto.”