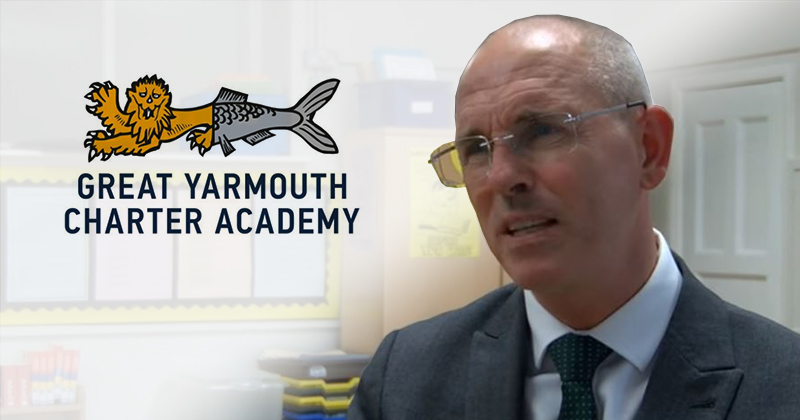 Schools Week previously revealed that Smith had not been in charge of running day-to-day activities at the school, in Norfolk, since early December.

Sources said it followed an incident involving the restraint of a pupil. Smith did not respond to a request for comment at the time.

A spokesperson for the Inspiration Trust, which runs the school, said today Smith played a “significant part in leading the changes to the culture and ethos of the academy”.

“During his time at Charter, the academy received a ‘Good’ rating from Ofsted, who noted that leaders had ‘established a culture where pupils feel that they can succeed, and staff believe that they can make a difference’.”

The trust will be recruiting a new principal in the near future to “continue the process of transformation and improvement”.

In the meantime, the school will continue to be run by executive principal Iain Mackintosh. The statement added: “They are supported by the fantastic team at Great Yarmouth Charter Academy and will continue the process of transformation and improvement commenced under Mr Smith. We will update parents and staff on the recruitment process in due course.”

Smith had been moved away from the day-to-day operations at the school and was working on a curriculum project for the trust.

Smith implemented a strict behaviour and uniform policy, including urging pupils to go to bed at 9pm and get up at 6.30am.

He also made national newspaper headlines following incidents including warning pupils they will be given a bucket to throw up in if they feel ill in class and banning “meet me at McDonald’s’ hairstyles.