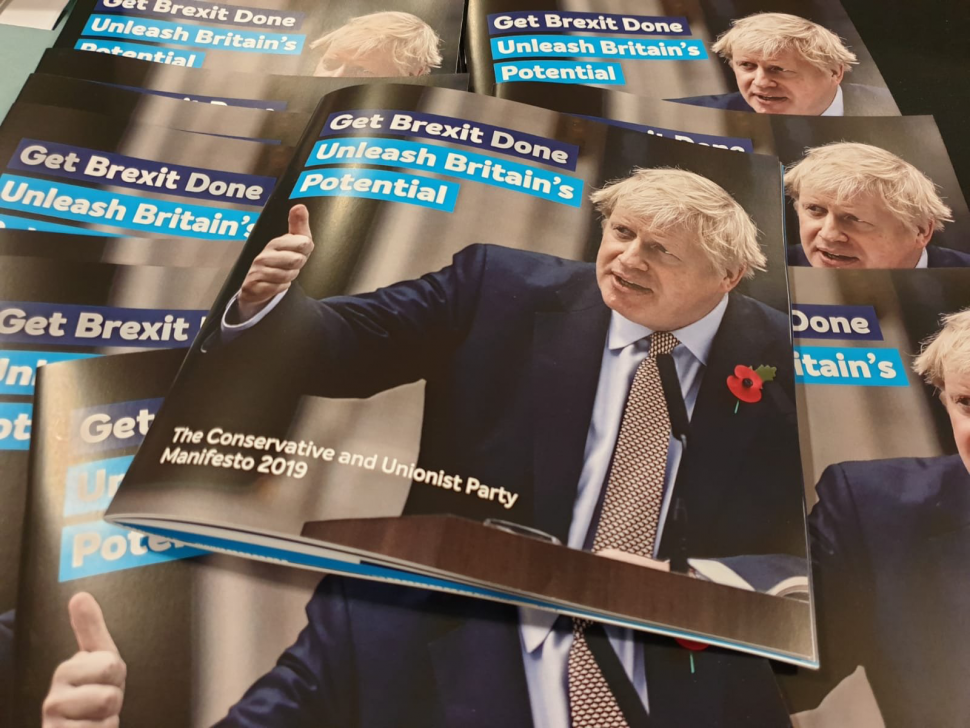 The Conservative party has published its manifesto for the 2019 general election today.

There’s little new for schools other than what the party has already announced. But here’s what you need to know.

1. The party has pledged to back heads and teachers on discipline. This is something Boris Johnson has already said. The manifesto states they will do this by expanding “our programme to help schools with the worst behaviour learn from the best”, as well as “back heads to use exclusions”.

2. The manifesto pledges to “continue to help teachers tackle bullying, including homophobic bullying”. However there’s no detail about how they will do this.

3. The party makes a commitment to “create more good schools”. Again, there aren’t any specific pledges. Instead they promise to “support innovation”, expand alternative provision schools and deliver more school places for children with complex needs.

4. There’s also a commitment to “build more free schools” – but no specific target. This is a big departure from previous years where the party has committed to delivering a specific number of new schools.

5. The party has promised to offer an “arts premium” for secondary schools to fund “enriching activities for all pupils”. The costings document states this will be funded at around £110 million for each of the three years from 2021.

6. The party pledged to “invest in primary school PE teaching”. Again, there’s little detail, but the manifesto adds they want to help schools make use of their facilities to “promote physical literacy and competitive sport”. The costings document allocates £12 million to this next year, then around £30 million for each of the following three years.

7. A total of £1 billion has been committed to boosting childcare that will go to schools and childcare providers to “open up more options to families… Our ambition is for 250,000 more primary school children to get onsite childcare over the summer holidays.”

8. There’s also £250 million for one year of capital funding to “help schools overcome specific barriers (such as hiring staff or capital investment in equipment and premises) which might prevent them offering childcare on site outside of the normal school year”.

9. The party has promised an extra £14 billion extra school funding (it’s actually £7.1bn a year, and was announced a few months ago. The stats watchdog has also warnedusing the £14 billion figure could be misleading). This includes the £780 million for special needs funding.

11. Teacher starting salaries will be raised to £30,000. Again, this is a policy the party has already announced. For teachers in the capital, the London top-up will be ON TOP of the £30,000. The party has promised this will come in by 2022.