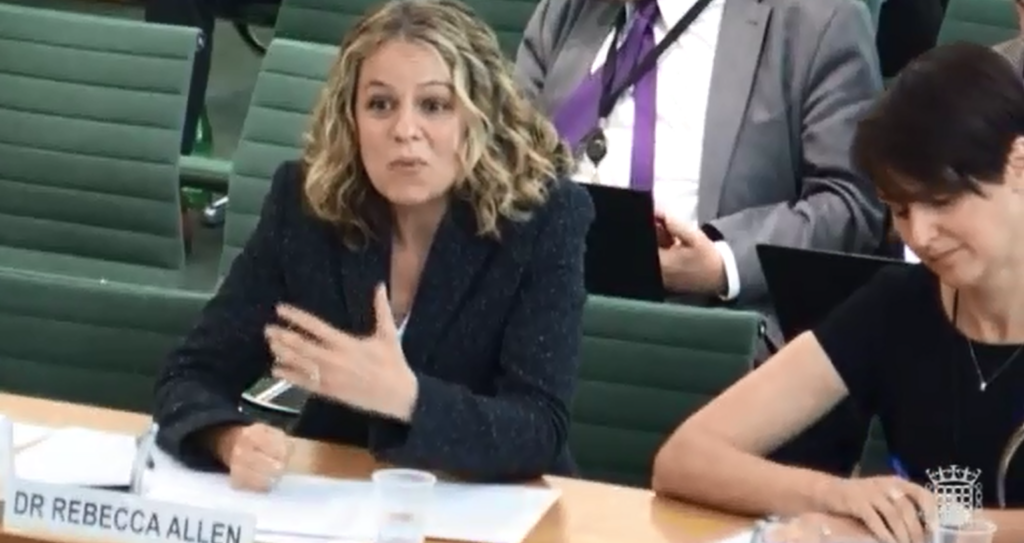 Education experts and MPs have complained after receiving the first official definition of a coasting school at 10pm last night – just hours before they were due to scrutinise it in Parliament.

The education and adoption bill was scheduled to appear before a committee of cross-party MPs and experts at 8.50am today. The meeting involves a line-by-line examination of the new bill and can be member’s only chance to amend the planned legislation.

But the official definition of what will make a coasting school – a headline part of the new bill – was circulated to committee members via email at 10pm last night.

Kevin Brennan, MP for Cardiff West, said the late email was “emblematic of the bill being undercooked”.

“It should have been more thought through before it comes to us,” he added.

Dr Becky Francis, one of the education experts giving evidence this morning, did not see the definition as she was unable to check her emails in the short period before the meeting. Instead she learned about it from colleagues.

Grrr, what a frustrating mess of session at Scrutiny Committee! Didn't get to say a single thing I'd wanted

Dr Becky Allen, director of research venture Education Datalab, was asked during the session how many good or outstanding schools could be classed as coasting.

She said: “I received the information at 10.30pm last night, which is a shame. In 24 hours we would have been able to answer that.”

The start of the session was also delayed until 9.30am which Mr Brennan said was because the room was not ready.

He compared the “rushed” session to the Radio 4 programme “Just a Minute”, where contestants have only 60 seconds to talk about a specific subject. Adding: “The definition was released to us in the usual manner, after it has been released to the press. The Government was briefing the press all day [yesterday].”

The education bill committee this morning

But Mr Gibb said he would make “no apology for the swiftness of our actions to tackle coasting and failing schools”.

The tabling of amendments to clause one of the bill – coasting schools – had to be pushed back until the afternoon session.

@SchoolsWeek are live-tweeting sessions. The committee will begin again at 2pm.