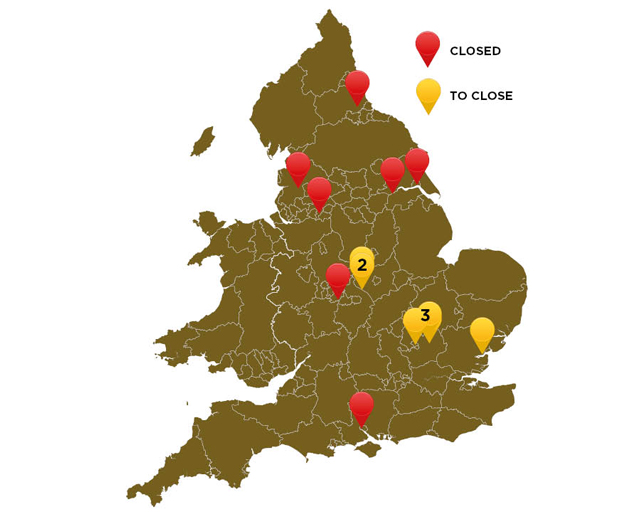 Another studio school is to shut, the 14th of the 47 schools to close and raising questions over the model’s future.

The Shared Learning Trust, formerly known as Barnfield Academy Trust, last week said it was closing its studio school in Luton after “carefully weighing up its long-term viability” in the face of dwindling pupil numbers.

Studio schools are an alternative to mainstream education for 14 to 19-year-olds, with institutes taking on cohorts of up to 300 pupils. They provide work-related curriculum with pupils receiving vocational and academic qualifications, as well as work experience.

The Studio School, Luton, opened in 2010 but only has 66 pupils and 12 staff, with no new students signed up to start in September.

“We’ve had to take a step back and look at whether what we’re trying to achieve at the studio school is working – with so few students, it clearly isn’t.”

The Shared Learning Trust changed its name last July to sever ties with the Barnfield College-led Barnfield Federation. In 2014, the Skills Funding Agency and Education Funding Agency both published critical reports into the federation following the departure of former principal Sir Peter Birkett, knighted in 2012 for his services to the academy movement.

The Studio School was told it required improvement after an Ofsted inspection in October 2014.

Mr Cooper said: “The team has tried so hard to turn it around. But there comes a point when you have to look at the pupil numbers, and the finances, and accept you’ve done all you can.”

The announcement came a day after two Da Vinci studio schools in Hertfordshire said they too were closing due to the “real challenges” they have faced.

It marks a string of closures for the programme which has struggled with recruitment since its conception in 2010. To date seven have closed, with seven more due to shut. Six are still due to open.

Latest Ofsted data shows that of the 31 studio schools visited so far, 21 are less than half full and only one – Bournemouth’s LeAF Studio – is at the 300-pupil mark.

Two are in special measures, and only one, the Rye Studio School in East Sussex, is rated outstanding.

David Nicoll, the Studio Schools Trust’s chief executive, said the schools’ have had difficulties recruiting because the model is not seen as “traditional”.

“Parents have to learn about the model and that takes time. The pupils start at 14 which is not a traditional age of transition. We think it is absolutely the right age but it can be difficult to ask people to do something different.”

Geoff Mulgan, co-founder of the studio school programme, remained adamant that the model works and fills a need.

“Some schools have struggled with recruitment, in common with many innovative schooling models over the centuries that went on to become part of the mainstream. But plenty of studio schools have done very well and shown how the challenges of recruiting at 14 can be overcome.”

It has also been argued that pupils are instead opting to attend university technical colleges (UTCs), which cater for up to 800 students and which are sponsored by universities and employers.

Mr Nicoll and Edge Foundation chief executive Alice Barnard said there was no evidence UTCs were competing with studio schools, as they were located in different parts of the country. Mr Nicoll said the two institutions “complemented” each other and Ms Barnard said curriculums were “quite distinct”.