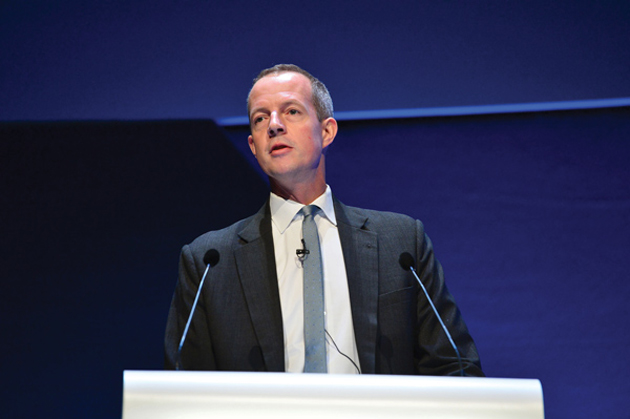 Russell Hobby, general secretary of the National Association of Head Teachers, has questioned the government’s desire to see UTCs function within MATs, given they will be exempt from the requirement to have 90 per cent of pupils in a school study English Baccalaureate (EBacc) subjects until 16.

School leaders have criticised the compulsory baccalaureate for being too rigid and failing to take into account the needs of low ability pupils and those with learning difficulties.

Nick Boles, skills and enterprise minister (pictured), told parliament on Monday that UTCs were “stronger” as part of larger organisations, and admitted he wanted to replicate situations where UTCs were doing well in trusts, citing Leigh UTC in Dartford, Kent, as an example.

But Mr Hobby warned the change could be misused. “Ninety per cent of students inside a school must sit the EBacc subjects, unless it joins a group, sets up a UTC and streams students into the UTC.

“Why is it morally imperative that those students sit the EBacc in one institution, but not if they move into the other?”

Mr Hobby added that Mr Boles’s plan, coupled with requirements for year 7 pupils who haven’t achieved the equivalent of a level 4b in their key stage 2 SATs to re-sit the tests, amounted to a “troubling combination”.

If academies streamed these pupils into specific classes to repeat the primary curriculum, it would replicate a “grammar-style” system, separating children by ability at 11.

A Department for Education spokesperson dismissed the possibility of such an arrangement: “This does not change the fact that admissions authorities must ensure the allocation of school places is fair and complies with the school admissions code.”

Under the regulations, pupils cannot be moved between schools without their agreement, and that of their parents. UTCs also cannot select by ability.

Should any evidence come to light academy trusts were operating in this way it would be investigated, the spokesperson confirmed.

Mr Boles launched a review of UTCs following the closure last summer of the Hackney and Black Country UTCs, which both suffered from slow recruitment and poor Ofsted ratings.

The minister’s recent admission has been interpreted by some as a further sign the government does not have confidence in UTCs as standalone institutions.

Activate Learning, based in the Thames Valley, currently runs UTCs in Didcot and Reading under a separate trust to its mainstream schools, but is now exploring moving them into the same trust.

Chief executive Sally Dicketts said such a move had been “frowned-upon” by government until recently, but would make its operation “much easier”.

“For us, to have a MAT the UTCs could fit into would be preferable. The two UTCs already share best practice, but it would make it much easier if they were all part of the same trust.”

She also said her organisation would not use the changes to move less academically-able pupils into its UTCs.