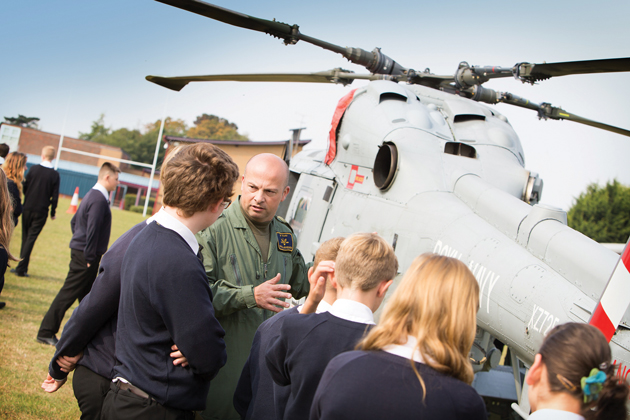 Lucky pupils at an Oxfordshire school had an exciting visit from a military chopper.

A crew of four landed at Wallingford School and gave pupils an insight into the workings of a military helicopter.

The Royal Navy Lynx aircraft took to the air from Royal Naval Air Station Yeovilton in Somerset as part of its daily routine, landing on the school playing field.

Pupils with an interest in the military, gifted groups and “closing the gap” pupils were invited on-board the Lynx and were told about its history and operational uses.

They were able to explore inside the helicopter and ask questions to the crew.

Fellow Year 11 pupil Lewis Ward said: “It was an amazing insight into the world of flight.”