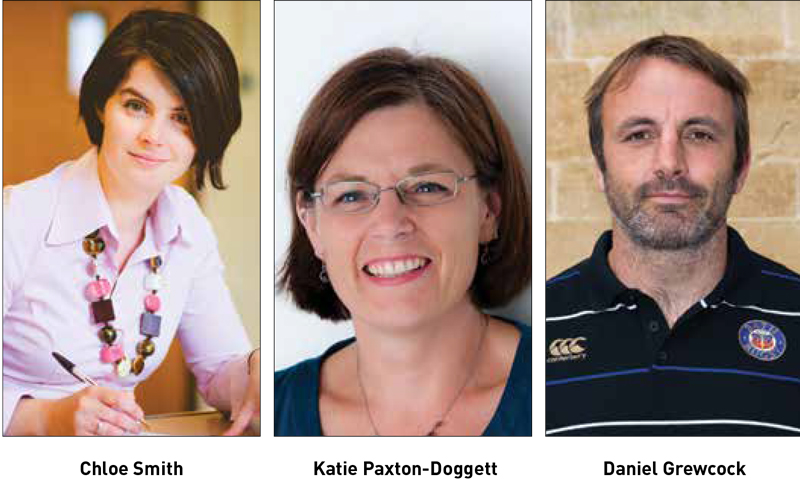 Chloe Smith, the Conservative MP for Norwich North, has joined the advisory council of Future First.

She says she will work with the charity, which aims to build alumni networks in state schools, to “develop students’ confidence to succeed in their chosen career and inspire them to work hard in school now.

“We know that in the modern jobs market strong networks are vital to getting ahead. Historically private schools students have benefited from a strong alumni.

“We need to work hard to ensure state school students have the same access to this opportunity. This is what social mobility is all about.”

Smith, who studied English at the University of York, has been the MP for Norwich North since 2009. She formerly worked for Deloitte, an international consultancy firm that advises private businesses, government departments and public bodies.

She has also been a treasury minister, and serves on the Conservative party board, and as the party chairman’s parliamentary adviser.

Katie Paxton-Doggett has taken over as the new head of governance at Wellington College Academy Trust.

A solicitor and chartered secretary, she previously worked as a freelance retainer to a number of schools before joining Wellington at the beginning of May.

Paxton-Doggett says her new role is about making governance “an integral part” of the trust so that it “actually contributes to making the academy excellent in every area”.

She says: “If you can have the governance underpinning everything then the ultimate goal is that all of the schools will become outstanding.”

Paxton-Doggett completed a degree in philosophy with linguistics at the University of Southampton before studying at the College of Law.

She is also a writer, publishing How to Run an Academy School in 2014.

Daniel Grewcock, academy director at Bath Rugby Academy and a former England international rugby player, has been appointed as the new director of sport at Oundle School. Before his move into education, he played for Coventry, Saracens and then Bath.

He has 69 England caps, was selected for two British Lions tours and was awarded the MBE for his services to rugby.

He says at Oundle he will lead in all aspects of both traditional team and individual sports to develop pupils’ healthy lifestyles so that they “succeed personally in their chosen sporting direction.

“I will be ensuring that sport continues to be an exciting, enjoyable and vital part of the balanced programme.

“I have had an unbelievable time at Bath – both as a player and in the role of academy director – and have learnt a great deal over the past five years. I feel strongly about helping to develop young athletes, and am thankful that I have the opportunity to continue doing this at Oundle.”