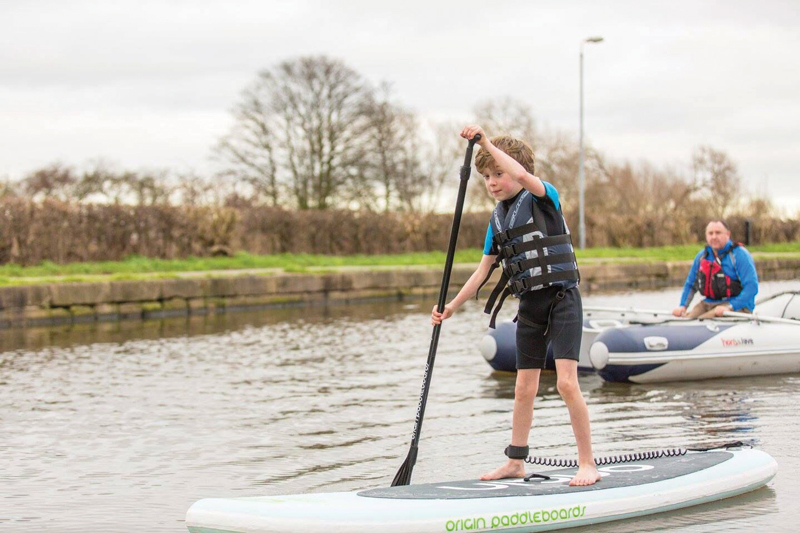 An 11-year-old pupil from Nottingham, who suffers from a severe visual impairment after treatment for three brain tumours, is attempting a three-mile solo paddleboard for three charities close to his heart.

Asher Jenkin Jones of The Elms junior school plans to paddleboard from Caldey Island, off the south west coast of Wales, into the harbour in Tenby to raise money for the RNLI, Royal National Institute of Blind People and the Children’s Brain Tumour Research Centre (CBTRC).

Asher (pictured) was diagnosed with three brain tumours when he was ten months old. He received treatment at the CBTRC with major surgery to remove one tumour, followed by three years of chemotherapy.

His tumours left him with a severe visual impairment but he says he lives life to the full by enjoying activities such as skiing, judo, and goal ball.

“I don’t want people to underestimate what I can do. Not falling into the water is going to be the hardest thing but I’ve been practising and I’m just looking forward to doing it now.”

Tony, Asher’s father, says the HeadSmart Campaign, which aims to reduce the time it takes to diagnose young people with brain tumours, developed by Professor David Walker at the CBTRC, helped Asher early on.

“We were fortunate enough to have had an early diagnosis and I’m sure that has had an enormous impact on Asher’s life. Treatment ensured the brain tumour stopped growing and is not currently life-threatening but we couldn’t save much of his sight.

“Asher amazes everyone he meets. People see his abilities rather than his disabilities, what he can do not what he can’t do. His positive attitude and bubbly personality mean that they soon forget he has a disability at all. He has a host of interests and has just got a distinction in his guitar exams. Nothing holds this boy back. He doesn’t accept his boundaries.”

Asher added: “I’d like to help as many people as I possibly can. Doing this challenge may get people talking about children with disabilities and what we are capable of achieving.”