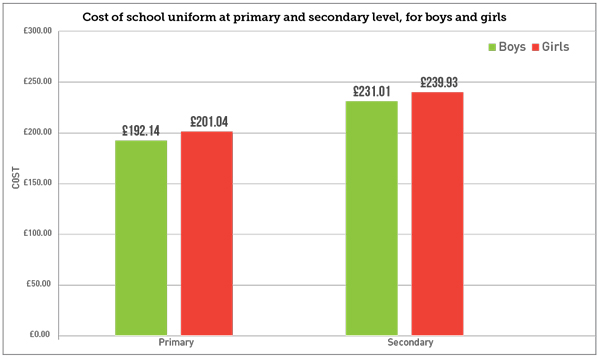 Wood Street Mission, a children’s charity based in Spinningfields, Manchester, has received £200,000 through a grant and a legacy to launch SmartStart Manchester & Salford.

The charity hopes to distribute £1 million worth of uniforms to children over the next four years, enough for every child living in poverty to have a new uniform.

This year Manchester will not provide school uniform grants for year 7 and 10 students, which had a budget of up to £70 per pupil.

The charity said four in ten children were living in poverty in Manchester. Families would be referred to the charity through social workers, health visitors, or voluntary agencies such as debt advice groups.

An independent report into the cost of school uniform, completed by BMG Research and published by the Department for Education last month, found costs for uniforms rising as more schools converted to academies and required pupils to wear blazers.

The report said nearly one third of parents had experienced changes to their child’s school uniform in the past three years, with almost half having to fork out for new uniform in the last year alone.

The survey found that families eligible for free school meals were more likely to be unhappy with the costs.

Roseanne Sweeney, the chief executive of Wood Street Mission, said families would be given a bundle of clothes for each of their children. For secondary pupils this would include blazers, trousers or skirts, shirts, and jumpers. The clothes would be in a range of colours, but would not be “branded” for any school.

The charity is also asking for donations of sports kit and stationery.

Ms Sweeney said she had been told anecdotally that schools were unable to use the pupil premium grant to cover uniform costs.

“Teachers are having to scramble around to try to provide uniforms . . . the pupil premium has to be used for more complex needs.

“There are 55,000 children living in poverty in Manchester and Salford. Doing well at school is crucial if they are to grow up and break the cycle of poverty. But too often their parents struggle to afford school costs
such as uniform and sports kit, which negatively impacts on children’s experience of school.

“We want to grow a fund in partnership with the city’s professional firms and businesses . . . That’s in everyone’s interest given the high economic and individual cost of child poverty.”

The charity said it aimed to raise the money primarily from the city’s business community. It had already been given a £100,000 donation from the Zochonis Charitable Trust to launch the fund and a £100,000 legacy gift.