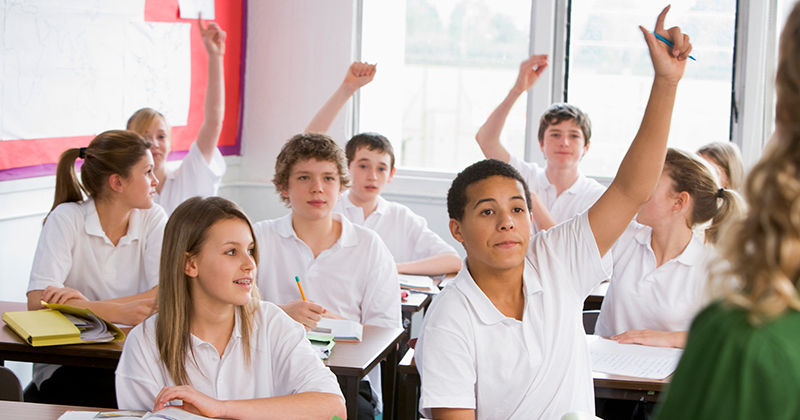 A campaign calling for greater emphasis on the development of spoken communication skills in schools has been launched after teachers identified a lack of training and support as ‘barriers’.

Voice 21, an organisation linked to School 21, an east London free school, has teamed up with the English-Speaking Union education charity to establish the Oracy Network. The campaign group will push for extra training and support to help teachers develop pupils’ speaking skills.

The organisation will develop training programmes and resources for schools alongside a network of specialist oracy teachers and regional hubs. An inquiry informed by trials currently being carried out in some English schools will go ahead in the new year.

Oracy currently has meagre status within our education system

The launch today comes alongside research by the think tank LKMCo and polling of teachers by YouGov that pointed to a need for an increased focus on speaking and listening skill development in schools.

It also follows the discloure that between 60 per cent and 90 per cent of young people in custody have a communications impairment.

Of more than 900 teachers polled, 57 per cent of respondents said they had not received any training in oracy in the last three years, while 53 per cent said they would not know where to look for more information if they wanted it.

This is despite indications in the same polling that the majority of both classroom teachers (68 per cent) and headteachers (84 per cent) felt the development of oracy skills was ‘very important’.

Beccy Earnshaw, Voice 21 director, said: ‘’Despite a wealth of evidence from educators, academics, economists and employers as to the importance of oracy, it currently has meagre status within our education system.

“It is clear from the research that there is an appetite from schools and teachers for more time for talk, support for speaking and resources for rhetoric.”

The report also addresses socio-economic factors in the development of pupils’ communication skills, and warns that gaps in language development between socioeconomically advantaged and disadvantaged children “tend to widen rather than narrow as children progress through school”.

Children entering school from socioeconomically disadvantaged backgrounds are also more likely than their more advantaged peers to have a form of speech, language and communication need (SLCN) and are more likely to be excluded, the report said. Between 60 per cent and 90 per cent of young people in the justice system have a form of SLCN that, the report found, is “often undiagnosed prior to offending”.

Peter Hyman, the founder and executive headteacher of School 21, said the teaching of oracy was a “moral issue”, and said young people were too often denied the opportunity to learn “how to articulate their ideas effectively and gain the confidence to find their voice”.

Teachers surveyed on the matter identified a number of perceived ‘barriers’ to a consistent and comprehensive approach to oracy in their schools.

These included lack of time, training and support, priority given to other tasks such as writing, and “anxiety that shy and under-confident pupils might struggle, or that pupils’ behaviour will get worse”.

The report concludes that school  leaders should ensure “adequate time” is set aside for the preparation and assessment of pupils’ GCSE spoken language and ensure all teachers receive relevant training.

It also said that oracy should be written into school development plans, and that leaders should appoint an “oracy champion”.

Some of these methods are already being used in 12 schools as part of a pilot being run by Voice 21 and funded by the Education Endowment Foundation.

Under the pilot, school staff are trained and oracy leads identified. Teachers develop a “whole-school oracy culture”, an oracy curriculum, and use an oracy assessment tool developed with the University of Cambridge and “strategies for building oracy into every lesson”.

The organisation will launch an inquiry into the future of speaking skills in January.