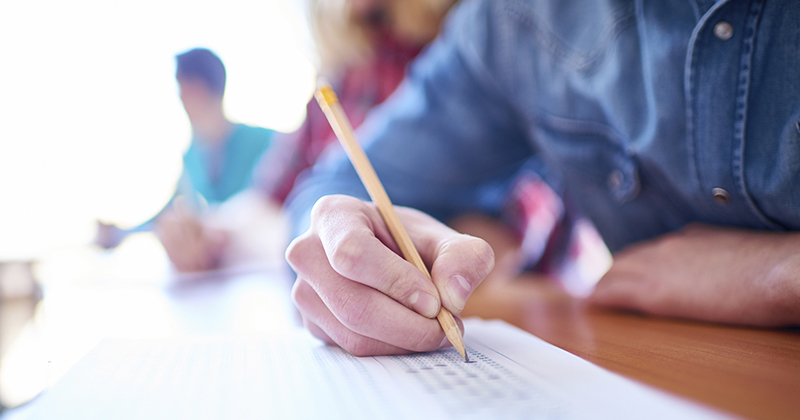 Cambridge International is moving to teacher assessment for its iGCSE qualifications in the UK, the exam board has announced.

The board said it will switch to teacher assessment based on students’ work in a “very small” number of countries and regions – including the UK – where directives from authorities make it “impossible” for exams to go ahead.

Christine Ozden, Cambridge International’s CEO, said the board would “share an outline” of its approach and “information about next steps” next week.

The switch also applies to the board’s international AS and A levels, Pre-U and O-levels.

Cambridge’s international exams will still go ahead in other countries.

Settings which run the qualifications, which are mostly independent schools, had been waiting to hear whether they would move away from exams following the decision to cancel domestic GCSEs and A-levels last month.

International Baccalaureate exams have also been cancelled in the UK.

A spokesperson said this week the decision had been taken “on the basis that local examinations have also been cancelled for students in the UK and because for many schools in the UK it is very unlikely that examinations will be able to be administered due to ongoing disruption”.

“We intend that the results of students in the UK should be awarded using coursework marks and predicted grades for the May 2021 session, as described in the awarding model outlined two weeks ago. However, we cannot confirm this until the end of Ofqual’s technical consultation.”

Earlier this month, Pearson also cancelled exams for its international GCSEs qualifications, and will be using teacher assessed grades.

The board said it had made the decision to “ensure a level playing field for all” and to protect the safety and wellbeing of students.

iGCSEs have not counted in state school performance table since GCSEs were reformed. Since 2018, the majority of entries into iGCSEs in England were from pupils in independent schools – 94 per cent (163,971) – according to a report by the Department for Education in 2019.

The study also found that pupils who study iGCSEs are more likely to get top grades, but often underperform in their A-levels.