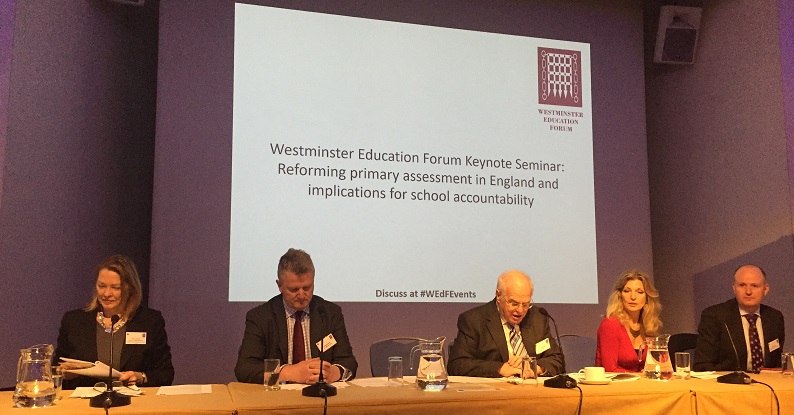 Schools and parents are being encouraged to boycott trials of a new reception baseline assessment, two years before it is even due to start.

Speaking today at a conference in London, Nancy Stewart, vice chair of the Association for Professional Development in Early Years, said that school leaders who do not agree with the introduction of the new reception assessment should refuse to take part in a pilot due to take place in 2019-20.

The government is currently seeking a provider to deliver the new “teacher-mediated” assessment for children starting school in a bid to set the foundations for progress measures which judge a schools’ ability to help pupils progress.

But Stewart said she felt the assessments were not “a done deal” as it was up to schools to implement them.

“There’s going to be trials of whatever is commissioned, and pilots, and schools could decline to take part.”

There is a “growing campaign” against bringing in the tests, she said, and that parents could support schools by refusing to give permission for children to participate in the trial assessments.

“These are children who are not even of statutory school age, parents could say ‘no, you are not going to do that on my child please’.”

The new check, to be rolled out nationally from 2020, will cover an “age-appropriate” assessment of communication, language and literacy, mathematics, as well as “some form of self-regulation”.

It will be used for school performance measures but the data will not be made available until pupils finish year 6.

Commenting on the boycott idea, Sarah Hannafin, from the policy team at headteachers union NAHT, said rather than avoiding trials, “quite a few of our members have said they would like to be involved”.

A member’s survey had resulted in “cautious support” of the new baseline assessment, she added.

“They want to see what is being developed, what it looks like, have an influence on it, to try to make it work. We’d encourage schools to take part, so that we have the evidence to ensure that we can address any problems early on.”

“The reception baseline needs to be appropriate to pupils and schools – we can only influence the shape of it, to ensure that it does not have negative impact on children or teachers, if we’re involved in the design and are around the table when decisions are made.”

Education blogger Richard Selfridge, another speaker at the forum, said the fact that “people are discussing boycotts at this stage” highlights the “concerns that people in the profession have” about the new assessment.

One of the biggest concerns around introducing the baseline test is that schools “don’t have a massive incentive to produce high results for the baseline” as this could make demonstrating progress more challenging, he added.

“We know from what has happened at key stage one that schools have broadly tended to react by depressing results and I think that is highly likely to happen if and when the reception baseline comes in.”