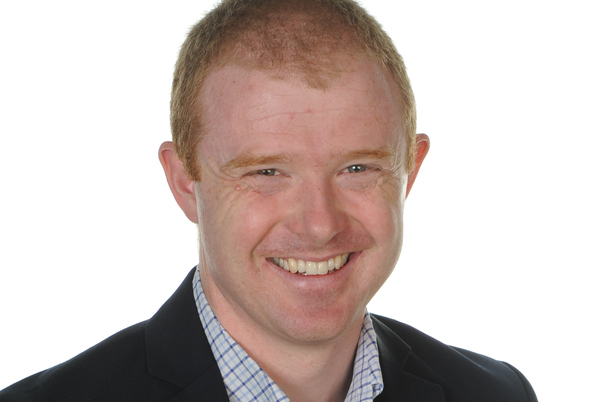 Special educational needs teachers have welcomed calls from a national disability charity for the introduction of free eye tests in every special school.

Sight loss charity SeeAbility wants the government to fund specialists to carry out the tests in classrooms after new research found nearly four in ten pupils in special schools have never had a sight test.

The charity said the figures were “alarming” as children with learning disabilities were 28 times more likely than other pupils to have serious sight problems.

If the findings, published today in “An equal right to sight”, were replicated nationwide it would mean 37,000 children with disabilities missing out on eye care.

David Scott-Ralphs, SeeAbility chief executive, said: “This is a major health inequality that the government and NHS have a responsibility to address.”

The proposal has been welcomed by Jarlath O’Brien (pictured), headteacher of Carwarden House Community School in Surrey.

Mr O’Brien, whose daughter’s visual impairment was not spotted at her initial screening check at birth, said: “I would welcome the opportunity to make eye tests available for all children in special schools.

“No teacher wants to learn that a child in their class has a fundamental need that is not being met. “Special schools pride themselves on meeting the needs of the most complex children in this country, so anything that can assist us in that aim is most welcome.”

In a pilot scheme run by the charity, eye specialists visit three London schools once or twice a week. The pilot has now been extended to seven schools. It is part-funded by the NHS and supported by Cardiff University’s School of Optometry and Vision Science.

Kay Charles, headteacher at The Village School in north London, which was involved in the original pilot, said: “Every child in this country has the right to a free eye test.

“We need to look at these things in depth and change it for the better. Thousands of children who are the most vulnerable in our society are missing out. That has got to be wrong.”

When one of her pupils had his first eye test at 16 under the scheme, it was found that he could not see out of his right eye. The charity said that if this were picked up and treated before the age of seven he might be able to see perfectly today.

Mr O’Brien added: “Identification of visual impairment is potentially tricky if the child cannot yet verbally communicate and is delayed cognitively and emotionally – I suspect the same is true of hearing impairment, too.”

Mr Scott-Ralphs added: “Children with profound disabilities may not be able to tell someone they have a sight problem, or get to a high street optician. Let’s bring much needed eye care to them instead.”

Under-16s in England get free eye tests and optical vouchers under the NHS, which can also commission mobile services for those who are unable to visit a day centre. Special schools fall under this definition.

NHS England was unable to comment as Schools Week went to press.

The charity is calling on people to sign its petition calling for the free tests at www.seeability.org/petition