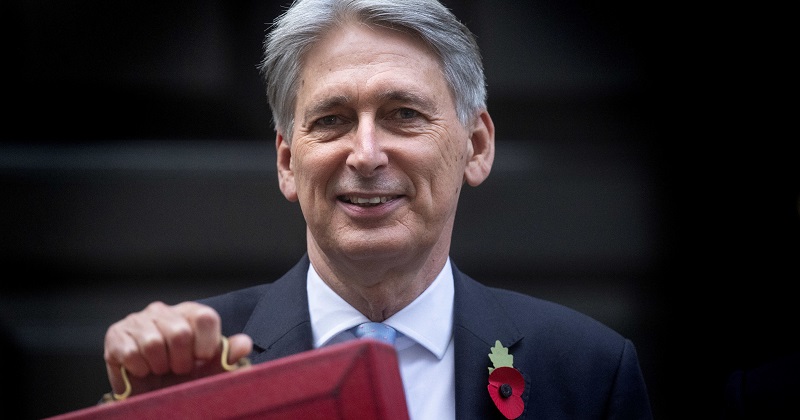 Schools will get £400 million in extra capital funding this year, the chancellor has announced.

Philip Hammond has allocated the in-year “bonus” for schools in his autumn budget today, “to help our schools buy the little extras they need”.

However, the funding can only be spend on capital projects like equipment and maintenance, and not on revenue outlays, like staff salaries.

Hammond said it would amount to an average payout of £10,000 per primary school or £50,000 per secondary schools.

However, the handout is already being decried as inadequate and a “drop in the ocean” on twitter, and headteachers’ groups are angry that schools did not get more.

Last year, the National Audit Office said £6.7 billion in capital expenditure was needed to bring all school buildings up to a satisfactory standard.

Geoff Barton, general secretary of the Association of School and College Leaders, said the money “hardly scratches the surface of what is needed”, and said Hammond’s pledge to help schools “buy the little extras they need” shows a “complete misunderstanding of the prevailing funding pressures”.

“What they desperately need is improved core funding. It is a sign of the government’s priorities that it is spending more on fixing potholes than on fixing the school funding crisis.”

Teachers have been mocking the “patronising” announcement on twitter, using the hashtag #littleextras. Suggestions for how schools should spend the money include limousines, Evian water fountains, televisions, glitter glue and dark chocolate digestives.

No more plain digestives for us- those bad boys are getting some dark chocolate.

According to today’s budget documents, the extra £400 million takes the Department for Education’s total capital budget for 2018-19 from £5.2 billion to £5.6 billion.

However, the documents also show the DfE’s capital budget is set to decrease substantially over the next two years.

However, this does not account for any extra money that may be announced at next year’s much anticipated spending review.