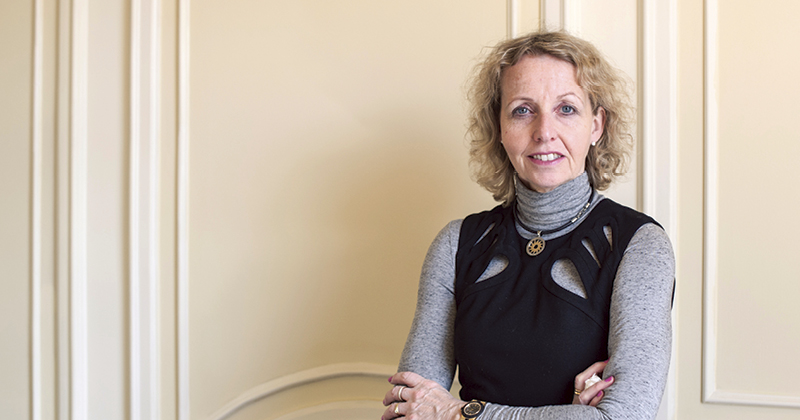 An investigation into a “top-performing” academy trust given government cash to drive up standards in northern schools has revealed it breached rules over payments to trustees – but will escape a financial notice to improve.

A long-awaited investigation into the Bright Tribe trust, and another trust also founded by sponsor venture capitalist Michael Dwan, called the Adventures Learning Academies Trust, found nearly 80 per cent of their trustees had related-party transactions.

The report states that guidance from the Charity Commission confirms that “charities must not allow payments or other benefits to half or more than half of the board; the number of trustees receiving any payment or benefit must be in the minority”.

The investigation into Bright Tribe, run by former free schools deputy director Kathy Kirkham, was only published after the government admitted there was significant public interest – following media coverage including in Schools Week.

But it reveals the Education Funding Agency (EFA) will not issue the trust a financial notice to improve (FNtI), instead opting to take a “holistic” approach to intervention – which may include sponsorship solutions.

The report suggests this is in part because of the trust’s “helpfulness and support” throughout the investigations.

The report stated: “One of the actions the EFA can take is to issue an FNtI, but this is not always the right approach… In practice EFA’s approach to financial intervention recognises that some trusts need support and challenge whilst in other cases there may be serious mismanagement or irregularity on the academy’s own watch.”

The financial and government management review found “at least 78 per cent of Bright Tribe trust and Adventures Learning Academies Trust board members received a payment or benefit in 2014 to 2015.” Despite the EFA previously flagging the issue, the report states that the two trusts “continue to breach the benefit rule that requires the number of directors in receipt of a benefit to be in the minority.”

Another issue revealed in the report is that trust directors were involved in discussions about awarding contracts despite being a connected party,  and failed to put contracts out to tender in “fair and open competition” – so breaking the Academies Financial Handbook.

When the trust submitted a proposal to address this, “the plan was very brief, high-level thinking and lacked sufficient detail for the EFA to form a view of its adequacy”.

Bright Tribe subsequently submitted an improved plan, though the review notes that “transactions with companies connected and related to the sponsors have continued throughout 2016 and will again result in high value related party transactions”.

It adds: “However, the trusts are committed to including full disclosure of all transactions in the 2015 to 2016 financial statements.”

The two trusts “continue to breach the benefit rule

Two independent trustees have also been recruited, said the report.

Problematic board minutes, which “lacked transparency of detail and did not record key decisions”, have also been improved, although a decision to appoint an interim chair was recently still not accurately recorded, the report found.

The review states that a financial notice to improve will not be issued to the two trusts.

Bright Tribe trust was named as a “top performing sponsor” by Nicky Morgan in 2015 and handed a slice of a £5 million government fund to take over schools in the north.

A spokesperson for Bright Tribe said: “Bright Tribe trust is grateful to the Education Funding Agency (EFA) for their help and support over the last 15 months.

“Whilst this is not normal practice, the Trust has no objection to the publication of this report and we will continue to positively work with the EFA to ensure we remain fully transparent in all of our financial activities.”

“The trust is now fully operating an in-house model for support services from October 2016.”