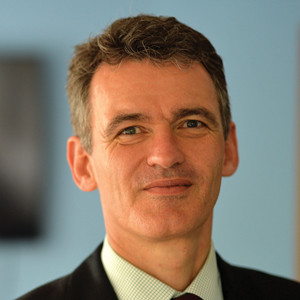 The chief executive of one of the country’s leading exam boards has resigned, it has been announced today.

Mark Dawe, chief executive of OCR, will leave the company at the end of this month after successfully overseeing the completion of marking in this year’s summer exams.

Mr Dawe, a former principal and chief executive at Hertfordshire’s Oaklands College, will be succeeded by William Burton, who joins from the Construction Industry Training Board in an interim role.

It is not yet known if Mr Dawe has a new position lined up.

Simon Lebus, group chief executive at Cambridge Assessment said: “Mark has been at OCR for five years and has been responsible for stewarding the organisation through a period of major change in both its general and vocational business. I would like to thank Mark for this good work and wish him every success for the future.”

The departure follows an eventful year for Mr Dawe who was involved in a war of words with the Department for Education (DfE) over claims of an examiner staffing shortage.

He raised concerns that his board may have to find another 5,000 examiners to meet a rise in demand, which he attributed to the government’s subject reforms.

But his words triggered an angry response from Whitehall. A senior DfE source told Schools Week: “Perhaps Mr Dawe wants to stop making excuses for his organisation’s lamentable failure to deliver in recent years and focus on delivering their exams this year.”

The comments relate to OCR coming close to missing the publishing deadlines for last summer’s A levels.

A subsequent investigation by Ofqual, published last month, confirmed the company will not face a fine or any other action, despite stating that “catastrophic” consequences almost occurred.

He also gained significant media attention earlier this year after suggesting pupils should be allowed to use search engines like Google in their exams.

Mr Dawe, a former chartered accountant, also worked as a deputy director for FE strategy at the Department for Education and Skills.