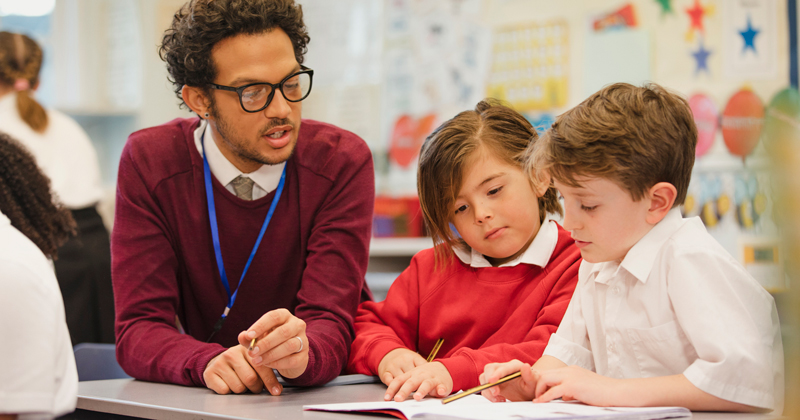 An academy trust in Yorkshire is facing a backlash over “unprecedented” plans to shake up teachers’ pay and conditions that unions say could see teachers go unpaid during summer holidays.

The Bradford Diocesan Academies Trust claims “modest changes” to staff contracts are needed to prevent the risk of redundancies, and blames government funding cuts for its situation.

We know of no other employer acting in this arbitrary way

But union officials have accused the chain of proposing “arbitrary and harsh” changes to sick pay and notice periods for staff, claiming some workers could be left without pay over the summer holidays.

Government rules allow academy trusts to depart from national terms and conditions, a big bone of contention for unions and anti-academies campaigners. But in fact few chains have moved to wholesale abandon the core pay structures.

BDAT, which runs 13 schools in Bradford, launched a consultation on changes to terms and conditions last autumn, prompting warnings from six unions that staff should not sign new contracts.

In imposing a three-month notice period for its staff, the trust insists it is increasing the minimum notice it will have to give them when they are dismissed, from the original two months.

But unions claim the change will remove a protection currently afforded to its members which only allows notice to be issued on three dates throughout the year.

Under the current system, if a teacher is given notice on May 31, they don’t leave their employment until August 31. Unions say the new proposals will give the trust the power to give staff notice in mid-April, forcing them to leave at the end of the summer term.

This would be a problem for most education professionals, who generally start new jobs in schools each September. However, the rule will not apply to those made redundant.

“I don’t know how I’d pay my mortgage over the summer,” said one teacher, who spoke on the condition of anonymity.

“It’s starting to keep me awake at night because there’s nothing to guarantee they won’t do that.”

Under the proposals, staff at the trust who are involved in a capability or disciplinary process will have their sick pay restricted to three months.

Although the trust claims that it would “reasonably hope to resolve all capability and disciplinary processes within a three-month window”, unions have warned that such processes often drag on much longer, and could leave teachers out of pocket when they have done nothing wrong.

Ian Murch, who is leading negotiations with the trust on behalf of the National Education Union, told Schools Week the changes were “unprecedented”.

“I’ve negotiated with a lot of different academy trusts, and all the other ones I deal with are sticking with national terms and conditions,” he said.

In a letter to members, the NEU, NASUWT, NAHT, GMB and Unison said: “We know of no other employer acting in this arbitrary way.”

The threat of changes to pay and conditions is often used by unions as an attack line in campaigns against academisation. However, Jon Coles, CEO of academy trust United Learning, recently hit back at criticism of the conversion of John Roan School in Greenwich, south London.

In a letter, Coles insisted the right of academies to ignore national pay and conditions has actually allowed his trust to pay teachers more than they would receive in maintained schools, and to provide extra non-contact planning days among other staff benefits.

A spokesperson for BDAT said its proposed changes were “brought about by the need to address the reducing contribution in real terms to the money contributed by the government”, but insisted there was no plan for a “wholesale move away from national terms and conditions”.

“We believe that such an approach is truly in accordance with our Christian ethos,” the spokesperson said, adding that the changes to notice periods and sick pay “will affect less than 1 per cent of our staff but could save the Trust around £500,000 per annum – the equivalent of up to 20 jobs”.

In a 2016 blog post, Bethan Jones, a senior associate at law firm Michelmores, warned that “although the vast majority of academies have continued to abide by the school teachers’ pay and conditions document, there may be times when changes are appropriate”.

“However, an academy cannot simply change teachers’ terms and conditions as and when they want, and it will therefore be more difficult to introduce change for any existing member of staff. The general rule is that an employer cannot unilaterally change an employee’s contract.”