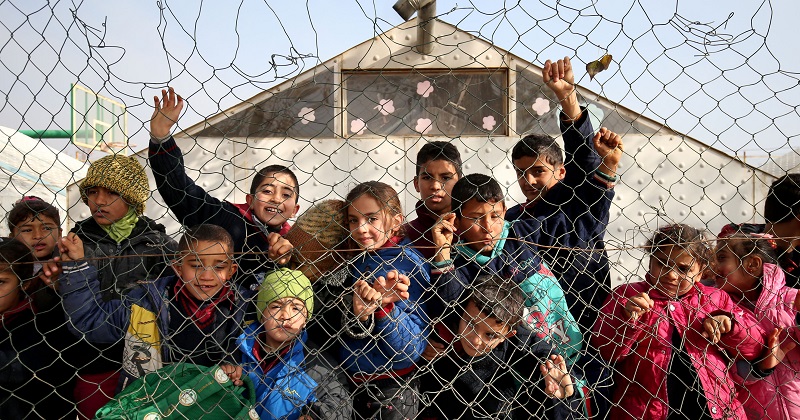 A scheme aimed at providing free education and accommodation for more than 80 Syrian refugees at some of Britain’s most prestigious boarding schools has seen just four places taken up, Schools Week can reveal.

Around 50 boarding schools offered the places, worth about £1.5 million in fees, more than 18 months ago. But the government has only sent two refugee children to take them up, with a further two having approached one of the schools directly off the back of press coverage of the scheme.

Last year, Schools Week reported that none of the places were taken up within the first seven months of the offer being made, despite boarding schools having been praised by both the Department for Education and prime minister David Cameron when the places were announced in September 2015.

The instruments of government have thus far been so manifestly inept

Leo Winkley, headteacher of St Peter’s school in York and chair of the Boarding Schools Association, will use his speech at the BSA’s annual conference this week to attack the government for its “ineptitude” over the lack of take-up of the scheme.

“There is, in our sector, a long-standing and genuine readiness to reach out,” he will say. “BSA member schools were swift to offer free boarding places to unaccompanied children fleeing from civil war-ravaged Syria.

“A great and injurious shame it is, then, that the instruments of government have thus far been so manifestly inept in taking this, and similar offers, up.”

Winkley will say that, while he welcomes the news that an extra 130 unaccompanied child refugees will come to the UK, boarding schools feel this “does not go far enough to help those in need”.

“Our offers remain on the table, as does the proposal made by many of our schools to help provide up to 10,000 partly-funded places.” Under the terms of the offer, boarding schools have made places available for Syrian refugees on top of their existing places for other pupils. The places are fully-funded, with some schools having raised money from parents to help towards the cost.

The government’s approach to taking unaccompanied child refugees from Syria and other areas affected by conflict in the middle east and north Africa, as well as those currently residing in camps in other European countries, has been heavily criticised in recent years.

School leaders have expressed particular frustration about the sporadic way in which vulnerable young people are brought into the country, arguing that the education of pupils who arrive mid-way through the school year can be badly affected by delays and other bureaucratic issues.

Ministers recently had to agree to take a further 130 unaccompanied child refugees from within Europe under the so-called Dubs Amendment legislation, after admitting that a mistake had led the government to underestimate the number of places available.

Picture: Syrian refugee children peep through the perimeter fence of an old former basketball court that is now their school playground in a refugee camp near Taalabaya in the Bekaa Valley. December 2016. Jane Barlow/PA Wire/PA Images