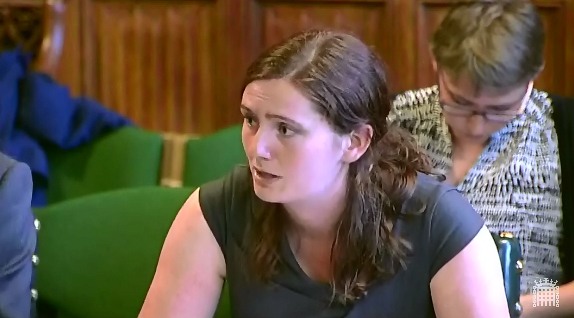 A council cabinet member has told MPs that a Birmingham school is “subject to investigation” over money being used by the trust from which it rents buildings.

In June Birmingham City Council replaced the governors of Al-Hijrah School, a voluntary-aided school, with an Interim Executive Board (IEB) after concerns about its finances were raised when an £889,000 deficit was discovered.

During questioning about extremism in schools at the Education Select Committee in Westminster on Tuesday, MPs questioned the council’s cabinet member for children’s services Brigid Jones (pictured) as to whether the school had links to extremism.

Cllr Jones said to MPs the school was related to the Trojan Horse scandal – an alleged hardline Islamic plot to takeover schools – but Birmingham City Council said yesterday this was a “slip of the tongue” and not correct.

Chairman of the committee Graham Stuart, MP for Beverley and Holderness, said: “Do you have any suspicion that the misuse of money could have led to those monies being used for, we will use the prevent definition of extremism, for the purposes of supporting extremism.”

Cllr Jones said: “The school has a rent agreement with a trust and we know that money goes to that trust. As to what the trust does with that money – that’s subject to investigation.”

Mr Stuart asked: “Do you have suspicions that it could be being used for that purpose?”

Cllr Jones said: “I think it would be inappropriate for me to comment further on that until the investigation has ended.”

Cllr Jones stressed the investigation was not a criminal investigation, but council-led and would contact police if criminal activity was discovered.

The school – which was rated inadequate by Ofsted in all areas last year – came under fire from the council at the end of the last academic year when it first attempted to install the IEB when Al-Hijrah refused on three occasions to allow the board members to enter the school.

The council then banned the former governors from the school site.

Cllr Jones also raised concerns about the Department for Education (DfE) which initially would not allow the council to put an IEB at the school after it was rated inadequate by Ofsted.

However, the DfE has since allowed the board to be put in place after the council appealed.

Alex Cunningham, MP for Stockton North, asked her: “What was the reason given for refusing your request to put in an IEB?”

Cllr Jones said: “The school had exceptionally good results and I think that was seen as in the school’s favour and they didn’t think our case was strong enough to warrant the removal of the governing body. They have clearly changed their position, because they have subsequently granted us an IEB.”

MPs also heard from Peter Clarke, who was appointed by former Education Secretary Michael Gove to head an inquiry into the allegations, and Ian Kershaw who conducted an investigation for the city council.