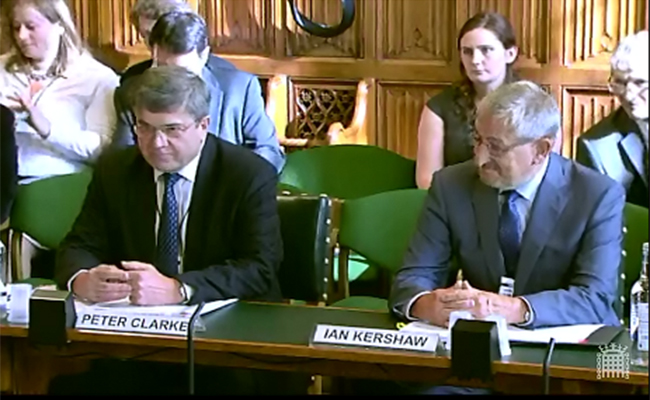 Potential Trojan Horse whistleblowers were put off from coming forward in fear of their comments sparking an Ofsted inspection, it has been claimed.

At the Education Select Committee’s second meeting on Tuesday after the inquiry into the alleged plot by hardline Islamists to take control of schools in Birmingham, Ian Kershaw told MPs he believed headteachers had not come forward.

He was giving evidence alongside Peter Clarke who was appointed by former Secretary of State Michael Gove to head up a separate inquiry.

Committee chairman Graham Stuart said: “You suggested a number of heads didn’t give evidence, and it might seem ironic to ask after four or five different investigations, but did you have the powers you needed to get to the bottom of this? Did we need to hear from more people and get evidence from them to get the real picture?

Mr Kershaw said: “Well I had no powers, people volunteered their evidence, apart from the powers given to me by the local authority to interrogate all of the information they held.

“I think you have got to understand the atmosphere for headteachers. I have been a headteacher for some years and, at that point in time in Birmingham, with the number of Ofsted inspections that had been taking place I believe from the commentaries I have listened to, there were concerns that if I put my head above the parapet I will invite an inspection.

“And the headteachers think ‘I don’t want to go through an inspection process’, so I think there was a fear level about ‘if I say something about concerns about governors in my school, I will be the next school to be inspected’. So there was a bit of that going on, I believe.”

He added it would be “no easy task” for headteachers to have confidence in the authorities – the city council, the Department for Education and Ofsted – to put matters right.