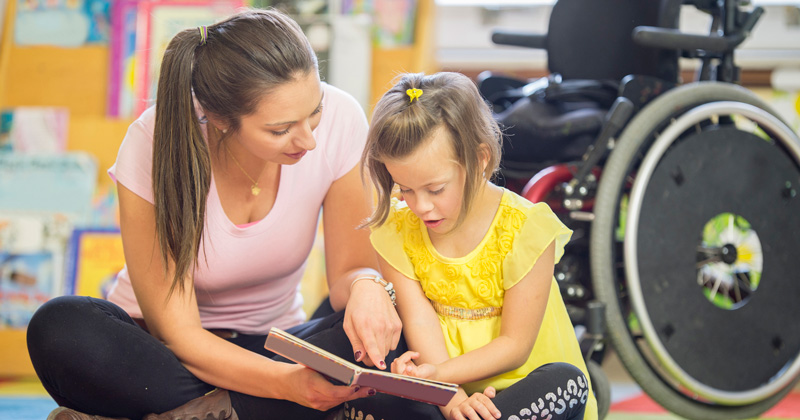 Pupils with special educational needs are being issued with informal learning plans in place of official plans that come with guaranteed funding.

Some local authorities are giving out documents called ‘my plans’ or ‘learning plans’ if they believe pupil’s needs do not warrant a proper education health and care plan (ECHP), SEND experts have warned.

EHCPs were introduced under the government’s 2014 SEND reforms to replace the old special needs statement system. Many councils have struggled to find the resources to convert them to meet the deadline for switchover.

These new ersatz plans include information from specialists conducting EHCP assessments which subsequently found a pupil did not meet the bar for a statutory plan.

But pupils, teachers and parents can confuse informal plans for statutory ones, and not realise any funding is unprotected.

Eleanor Wright, a SEND solicitor, told the FestABLE event on special educational needs last Saturday that she had come across several such plans which outlined funding for the pupil.

“Schools may not be aware of the danger of these plans – the council can just take them away at a moment’s notice, and you can’t appeal it in court,” she added.

“It would be better for the child to have an EHCP, because of the security and ongoing funding.”

But some local authorities find informal plans attractive as they can be produced faster and more cheaply than the 20-week process of getting an EHCP.

Roger Gough, Kent’s cabinet member for children, young people and education, said the council tells schools about a pupil’s EHCP assessment if they do not qualify for a formal plan, as recommended in government guidance.

“There is no requirement as to the format in which this should be shared, or what that collated information should be called,” he said.

In Hackney, “support plans” are issued if an EHCP is not granted, according to a council spokesperson.

These informal support plans identify the aspirations, needs and outcomes for pupils, but do not have funding attached.

Daisy Russell, a manager at the Information, Advice and Support Services Network, which offers free advice to SEND pupils and families, said councils should avoid calling the documents “a plan”.

“They are in and of themselves a useful thing, and should be used positively to support pupils,” she conceded, but she told FestABLE delegates that she knew of one family who had sought to appeal a plan without realising they had not been issued with a formal EHCP.

“There is significant scope for confusion if a ‘plan’ is issued, and it is not made absolutely clear it is not an EHCP.”