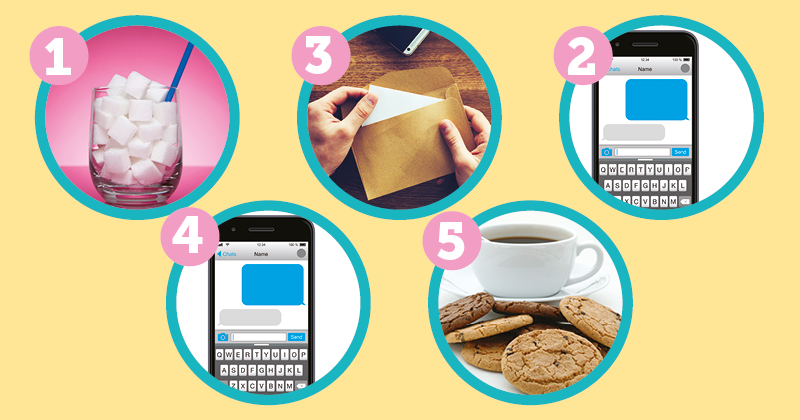 The team behind David Cameron’s controversial “behavioural insights” unit has told school leaders how they can use letters, texts – and coffee – to “nudge” pupil behaviour.

Behavioural Insights (BIT), a company partly owned by the Cabinet Office that researches the impact of small changes on people’s choices, this week shared its annual report with an education audience.

At a central London seminar, Raj Chande, an economist and head of schools and early years at BIT, laid out five “insights” from experiments run or studied by the company.

1. For unhealthy pupils Making sugary drinks a “bit harder to reach” on a high shelf reduced consumption by 28 per cent in one trial. Most participants said they did not notice the change. In the case of school canteens, making junk food the last choice could have a similar effect.

2. For demotivated pupils People often respond if forced to recognise someone else has personally put in “effort” for them, Chande said. Unemployed people reminded by the job centre about an interview by text were 17 per cent more likely to go when the message included their first name, the first name of a job centre staff member, and the words “I booked you a space”. Chande said that knowing the lengths that teachers went to for them could be a powerful motivator for pupils.

3. For bunking pupils A letter home stating the number of learning hours missed, compared with everyone else, proved effective during a trial at Bridge academy in Hackney, east London, said principal Chris Brown. Chande said the key was to compare the individual to the group they identified with.

4. For pupil conversations with parents BIT trialled “conversation prompter” texts home to parents once a week such as “Ask Anita why you can’t hear a scream in space”. More than half of pupils said they wanted it continued – showing “deep down, kids want their parents to ask and care”, Chande said.

5. For staff who don’t want to give up their lunch breaks Bridge moved coffee and biscuits for staff on to the top floors, where there were discipline issues. Rather than change staff timetables, pupils now all headed down to the playground to avoid being told off. “Both pupils and staff are happy, and it was a tiny change,” Brown said.

But while these subtle “nudging” techniques had disproportionate effects, they also had to be embedded within other structures, he said.

“The thing with nudging is you can often avoid the structural change by doing the nudge. Not just discipline issues, but also, for example, new teaching methods.

“Clearly, though, there are some things that nudging won’t move. You use it as a sweep of interventions, you can’t rely just on that on its own. A follow-up needs to happen.”

Some educators listening to speakers from BIT, which is also partly owned by the charity Nesta, were doubtful about the effectiveness of such interventions.

“Isn’t there a risk of a ‘fade-out effect’ for these interventions? I know when I get letters from charities with my name on, it makes a difference to start with, and after that I ignore it. Couldn’t the same happen here?” said one delegate.