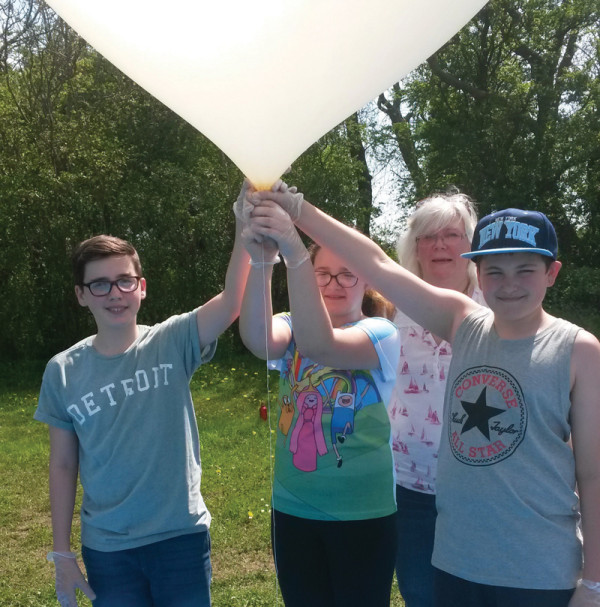 It was mission accomplished for three Fakenham Academy Norfolk students who launched a high altitude balloon into near space.

After months of planning and preparation – and one postponement because of poor weather – the group’s helium-filled latex balloon, FANHAB1, reached 26,533m.

The students launched it from Elsworth in Cambridgeshire where FANHAB1 climbed steadily for exactly 80 minutes.

The balloon reached about 26km above the Earth’s surface where its
on-board camera captured images of the planet’s curve.

Brandon Archer, Chloe English and Charlie De Jong Cleyndert launched the balloon with Sue Gray, their IT teacher, and were able to follow its progress from the ground as its “payload” contained a Raspberry Pi computer and tracking boards.

Charlie says: “Launching the balloon was awesome. Filling it with helium was the most exciting, but scary, thing. I had to hold the balloon in case it decided to fly away. Because the balloon was so thin, a bit of grass, or my hair, could have popped it.”