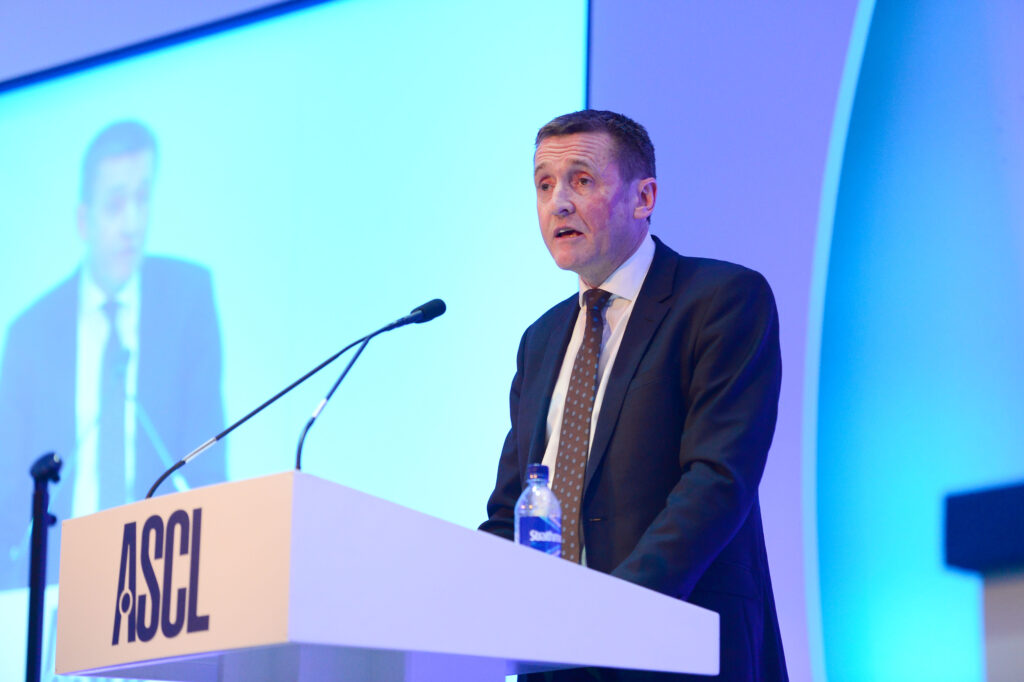 An Ofsted chief has said inspecting British values has made life “very hard” for the education watchdog.

But Sean Harford, Ofsted National Director of Schools, said his organisation was not “shirking” its responsibility.

Speaking at the Association of School and College Leaders annual conference, he said: “Inspecting British values has also made life difficult for Ofsted.

“Nevertheless, we are not shirking this responsibility. It is one of the most important things we are doing.

“I say this because schools, particularly those in mono-cultural areas, are on the frontline of ensuring that our society doesn’t become fragmented and divided. We have all seen in recent months what can happen when this frontline is breached.

“All our schools, whether secular or of faith, have a huge responsibility for teaching children and young people about the society in which they live and for promoting understanding, tolerance and respect for others. As all of you know, tolerance is predicated on knowledge and understanding, so this is where we are focusing our inspectors’ efforts, to ensure that schools promote these important values.

“Our inspectors have had to go into schools serving predominantly Muslim communities in Birmingham and Tower Hamlets, Jewish schools in Hackney, and Christian schools in the North East and say some uncomfortable things about how these institutions were failing to prepare their pupils for life in modern Britain. This has been a tough call. But it is absolutely essential, for the reasons I have already mentioned, that we apply the same principles and inspect by the same standards in every school in every part of the country.

“Challenging intolerance – in all its forms – is the right thing for all schools to be doing.

“And of course the great majority of schools are getting this right already through strong PHSE, citizenship and RE programmes.

“They don’t grab the headlines but are far more typical than the minority of schools that Ofsted has found to be failing in this increasingly important aspect of the curriculum.

“I believe we were right to go into the schools in Birmingham last year and to report our findings and judgements as we did. These schools deserved their previous good or outstanding ratings because the headteachers who were in control at the time had worked incredibly hard to raise standards. It was only when these same heads were pushed out or marginalised by governors that things started to go wrong. The episode highlighted how rapidly schools – especially those in challenging areas – can decline and deteriorate in the absence of careful monitoring between inspections.

He also raised concerns about how inspectors had been smeared recently.

He added: “Headship is great but it is also tough, sometimes grindingly hard and often very lonely, especially when you are dealing with personnel issues.

“In many respects, it bears some strong parallels to the job of an Ofsted inspector. They also have to make unpopular decisions, challenge the status quo and tackle vested interests in the relentless pursuit of higher standards for children and learners.

“This can often be daunting and difficult. Occasionally, it can be deeply unpleasant and intimidating. We have seen in recent weeks how some of Her Majesty’s Inspectors in the North East have been at the receiving end of some particularly lurid smears and accusations about their professional conduct – some of it emblazoned across the pages of the national press and even repeated on the floor of the House of Commons.

“It’s of little consolation to these HMI – obliged to stay silent when their professional integrity is being called into question – that many of these claims fail to stand up to even the most superficial scrutiny.

“It is right that we have a robust complaints process, but the type of mud-slinging and public bad-mouthing of inspectors we have seen recently seems to reflect a tendency on the part of a minority of institutions to deflect attention from their own palpable failure to tackle serious issues – whether that’s bullying, poor behaviour, safeguarding or inadequate teaching.”