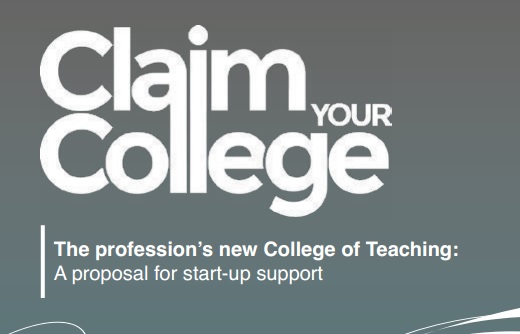 Nicky Morgan and David Laws have announced the creation of a College of Teaching and confirmed there will be a “significant injection of Government funding” but the amount is still unknown.

The education secretary and schools minister re-iterated this morning that the professional body would be independent of government.

Schools Week understands that the amount of financial support the college will receive is still being worked out.

The consortium ‘Claim Your College’ will lead the College of Teaching implementation and have stressed that it will remain free from government influence, despite the financial support.

David Weston, chief Executive of the Teacher Development Trust, said: “This no-strings funding and positive engagement from government will help us get the wheels of this important project turning as we appoint a board – representative of the best teachers – to found it and set its direction.”

Trade union NASUWT has slammed the plans, claiming the independence of an organisation funding by government is “risible”.

Chris Keates, NASUWT general secretary, said: “The idea that ministers are proposing to plough vast sums of taxpayers’ money into a College with the intention of allowing it to operate entirely free from political interference is risible.”

Last month, plans for the college revealed that membership would be voluntary and at a cost of approximately £70 per year.

In a joint statement today, Ms Morgan and Mr Laws said: “It is remarkable that teaching remains one of the only professions in this country whose members cannot benefit from being part of a professional body promoting high standards of practice and development.”

They added: “We are therefore delighted to be able to support the establishment of a new teacher-led, College of Teaching – fully independent of Government – through the “Claim Your College” consortium of leading educational organisations.”

A separate pot of £5 million was also announced, which includes cash for Teaching Schools to bid for up to £300,000 to “develop and deliver programmes of [evidence-based] professional development” as part of a Professional Development Fund, as well as a new “expert group” to develop standards.