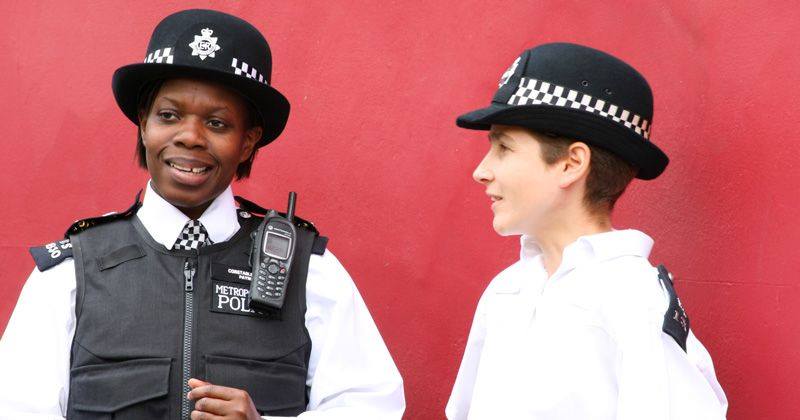 “What about those who end up labelled as a cause for concern?”

Hundreds of police officers are now based in schools but we don’t know enough about the work they do, or the impact their presence has on pupils, insists Dr Amanda Henshall

The presence of officers in schools is part of a massive package of surveillance measures, including more CCTV in schools, that make children and young people perhaps the most surveilled in England.

The objectives of SSPs are ostensibly benign, including ensuring pupil safety, early intervention with pupils at risk of offending, and reducing antisocial behaviour both in the school and the community. However, there are some big, unanswered questions.

Published in 2009 by a working group of government and police representatives, the safer schools guidance – which formed the basis for many of the existing local partnerships – referred to officers gathering and sharing intelligence on young people and their possible criminal, gang or extremist affiliations. However, we don’t know what happens to that intelligence, how it is stored, who has access to it and the possible ramifications for the young people concerned.

And what about effectiveness? Evaluations of the early days of the SSPs showed small improvements in measures such as truancy rates, but the data was too weak to show improvements in school-level offending. Pupils did, however, report feeling safer in the intervention schools relative to comparison schools that were not part of SSPs.

This chimes with findings from the US, where police presence in schools has been more thoroughly researched. It is also more intensive: some schools have security staff or officers from local and national specialist teams. Yet although pupils may feel safer from external threats or peer violence, when officers intervene in school discipline, heavy-handed confrontations with pupils can spiral out of control. Minor misdemeanours have mutated into a police matter, resulting in summons to court for minors. There have been reports of officers in Texas using tasers on pupils.

I have focused my own recent study on London, where at the time of data gathering in 2014, 182 schools had police officers working in them either full or part-time. In the US, police tend to be deployed in schools in poorer, urban areas. So I looked at the levels of pupils eligible for free school meals (FSM) in schools with an onsite officer, and found that police are more likely to be based in schools with higher levels of pupils eligible for FSM; that is, with a more disadvantaged population of pupils.

So why are police officers more likely to be stationed in such schools? It could be due to a range of factors, for example, that schools may have particularly high levels of truancy. But isn’t it also possible that these pupils may be viewed by police as risky populations, at risk of offending or of being radicalised? It may well be that some are rescued from becoming offenders by police officers who encourage them to get involved in more productive extracurricular activities, but what about those who end up labelled as a cause for concern?

Given growing concerns over the radicalisation of pupils in the light of 2017’s terrorist atrocities and the current high levels of knife violence amongst young people in London, it is possible that more officers will be deployed in schools, along with other measures such as metal detectors. Before this happens, we need much more data and a much better understanding of how such measures affect pupils, particularly those from disadvantaged backgrounds, against whom the deck is already stacked.