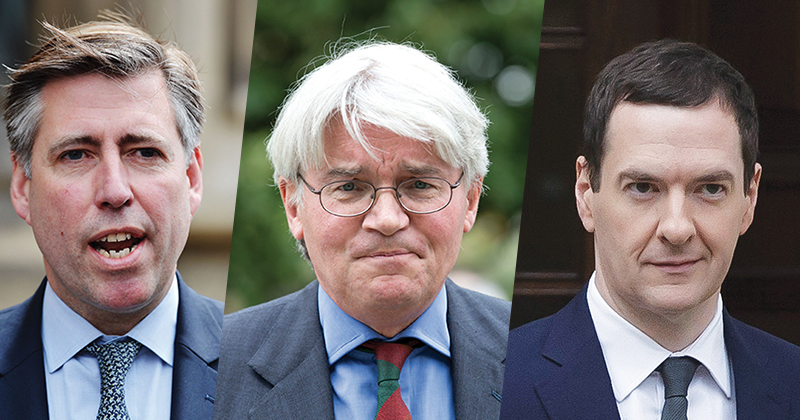 With less than four weeks until the general election, Schools Week exclusively reveals the constituencies that face having the worst-funded schools under the government’s new national funding formula

Conservative safe seats, including several represented by senior party members, will be the worst-off under the government’s proposed new national schools funding formula.

Exclusive analysis of government data, completed for Schools Week by the National Union of Teachers (NUT) shows that 24 of the 25 areas which will receive the lowest per-pupil funding are represented by Conservative MPs.

Speculation in the wider media, including a front page in the London Evening Standard, suggests the MPs are clamouring for a climbdown.

The new formula attempts to address historic anomalies that have led to wide regional variations in how much schools get for each pupil.

First mooted in 2010, schools in areas with the lowest levels of funding have been particularly agitated over continued delays.

But details of the formula have proved controversial since they were put out for consultation last year, with senior Conservatives speculating it will not go ahead in its current form.

Any u-turn would be in the face of years of lobbying by MPs, especially Conservatives who represent rural areas traditionally given less than their urban counterparts.

However, the NUT’s analysis shows that if the current plan is fully implemented, many rural areas hoping for a funding boost will end up with the smallest per-pupil funding settlements.

One of the most high-profile MPs to express disappointment with the formula is Graham Brady, chair of the powerful 1922 committee of backbench Conservative MPs. According to the NUT analysis, schools in his Altrincham and Sale West seat will go from being the 35th worst-funded constituency to the third.

Brady, who has campaigned “for decades” for a fairer approach, told Schools Week that although the government should be “commended” for working towards the new settlement, the draft formula would not correct many of the anomalies it had set out to address.

“Some badly funded areas like Trafford would actually lose rather than gain from it,” he said. “It is obvious that the formula needs to be revisited. After several discussions with ministers, I am confident that a better way forward will be found.”

Sutton Coldfield in the West Midlands, where Conservative Andrew Mitchell is the MP, will go from the 321st worst-funded constituency to the 15th.

Mitchell said he was “very aware” from discussions with headteachers in his constituency that the proposals were “not in a satisfactory state”, and said he had raised his concerns with the schools minister Nick Gibb.

I accept funding needs to be rejigged, but clearly the effect on schools in Sutton Coldfield will be severe

“I accept funding needs to be rejigged, but clearly the effect on schools in Sutton Coldfield will be severe, and that is why, in my opinion, it is necessary to rethink [the formula].

“I don’t believe it will go through in its current form.”

Tatton in Cheshire, the seat of the former chancellor George Osborne, will rise from 152nd worst-funded to 19th.

Esther McVey, the former employment minister who hopes to retain the seat for the Conservatives, told Schools Week she would work with teachers, parents and other Cheshire MPs to “fight for what’s right for our schools”, although she did not directly criticise the government.

Ranil Jayawardena, whose North East Hampshire constituency will be the worst-funded under the proposals, also said there was “more to do before the formula is finalised”.

Kevin Courtney, the general secretary of the NUT, says the data shows the government has no choice but to pump more money into the system.

“Even senior Conservatives are rejecting this funding settlement once they realise that, despite the promises of their leaders, their constituencies will not be better off, but in many cases a good deal worse.

“Whichever party forms the next government, it is an inescapable fact that the solution to school cuts is not to rearrange the formula but to put more money in the system.”

The Conservative party last week refused to comment on reports that it could scrap the long-awaited formula, instead telling Schools Week the only way to finance education properly was through “strong, stable leadership”. Nerd Note: Technically there are no MPs at the moment as they all lose the title in a pre-election period.We considered calling them the official term of ‘candidate’, but that seemed to imply they were new to the seat. And in the story above, they’re not. So we stuck with MP because it seemed less misleading.