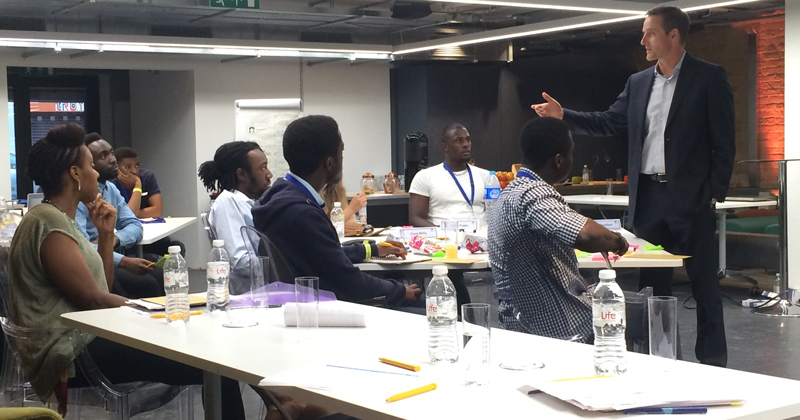 A group of Amos Bursary students have taken part in a digital workshop that allowed them to develop presentational skills, compete under pressure, network and gain an understanding of the career paths available to them.

The students were tasked with creating an idea based on a theme their team was given, including travel, health and savings. Each team was judged on a seven-minute Dragon’s Den-style presentation about their idea.

The winning idea was a budgeting app for students, which allows the user to manage their budget by categorising their spending as well as providing geographically determined price information.

James Frater, a first-year medical student at Kings College London, said he was humbled to be on the winning team, given that all the groups gave such outstanding presentations.

When speaking about the students, Colleen Amos, co-founder of the Amos Bursary, said: “These are all young men who are really academically able, who are driven, who are here because they want to do well so they’ll put their heart and soul into it”.

The Amos Bursary is charity that primarily provides opportunities to young men of African or Caribbean heritage in London. They support the academically able young men by helping them to get into top universities, get internships and gain international experience. The charity is funded by its corporate sponsors such as Aviva, who were sponsoring this workshop.

Chika Aghadiuno, co-chair of the women’s network at Aviva, said the most valuable thing students take from a day like this is gaining an understanding of the highly respected careers that are available to them, as well as realising how much they could excel at those careers.