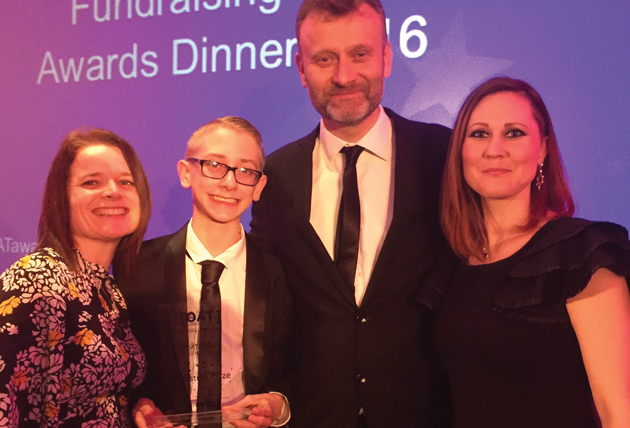 The year 10 pupil from Ormiston Park Academy in Essex joined more than 170 businessmen and education sector leaders at the Grand Connaught Rooms in London.

He was handed his award by comedian Hugh Dennis, the night’s presenter, to recognise his “extraordinary ability and exceptional achievement”.

South East Asian contenders pipped him to the post, but Alfie came home with an award for seventh place.

After being presented with his Einstein prize, he said: “I was very happy to discover I had won. I particularly enjoyed socialising with the high-ranking professionals within OAT and hearing their thoughts on my achievements.”