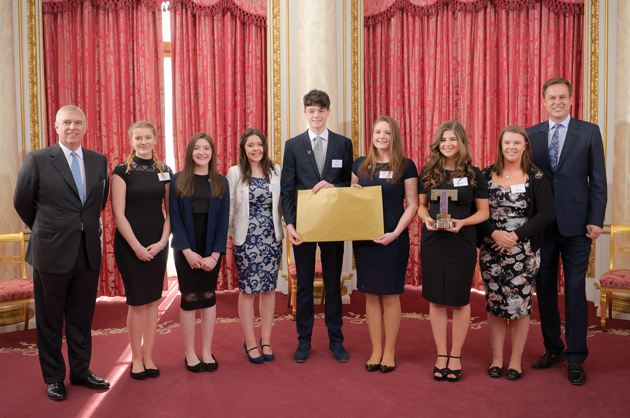 A team of sixth-formers from Devon have been crowned champions of Peter Jones’ Tycoon in Schools 2015 competition.

The Tavistock College students, who set up Tyre Fires of Tavistock, were presented with £1,000 by the Dragons’ Den star and The Duke of York at a ceremony in Buckingham Palace.

The team impressed Mr Jones by selling a range of fire pits made from recycled wheel rims. “They took on a very ambitious project and executed their plan brilliantly,” he says. “Their product is exciting, they clearly have excellent negotiation skills and they’ve made a good profit.”

Having come up with the idea in a “blue-sky” thinking session, the seven pupils raised £1,327.56 during a seven-week trading period.

They sourced materials from a local scrapyard – negotiating a reduced price –manufactured the products, and carried out scrupulous quality checks.

The pits were produced by welding two rims together with a hole for the door cut using an angle grinder.

The pupils marketed them on social media and sold them at various events across Tavistock.

Pic: Tyre Fires of Tavistock school collecting the top prize from Peter Jones (far right) and The Duke of York