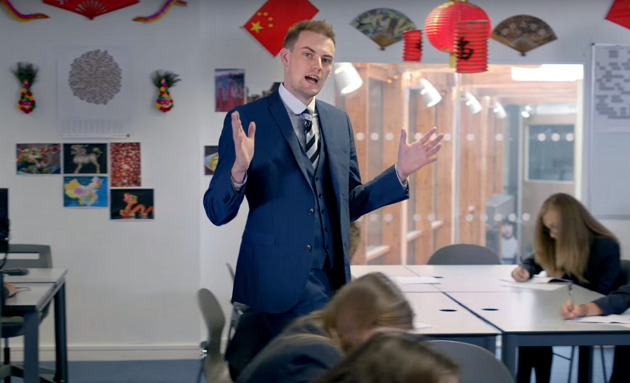 A formal investigation into claims the government’s latest teacher recruitment advert is ‘misleading’ will be launched after it sparked almost 100 complaints.

The Advertising Standards Authority (ASA) has confirmed it will investigate whether the advert, which prompted criticism about its claim teachers can earn up to £65,000 a year, has breached its guidelines.

So far, the watchdog has received 95 complaints about the advert, which aired during popular television programmes including the Jonathan Ross Show and Gogglebox.

A spokesperson for the watchdog confirmed the launch of a formal investigation, and said its findings would be published “in due course”.

She added: “Once an investigation has been launched we won’t comment further until a decision has been reached and published on our website.”

Once the investigation is complete, a decision on whether or not to ban the advert will be made by the independent ASA Council based on its findings.

A majority of the complaints relate to claim about pay displayed as text at the end of the advert and is based on the maximum salary of leading practitioners in inner London.

The ASA received the first complaint about the advert on the day it was released online. It was submitted by National Union of Teachers executive member Martin Powell-Davies, who said the claim about pay was “deliberately misleading” because such a “small proportion” of teachers actually earned the rate.

But the Department for Education has insisted that hundreds of teachers are in the stated salary band.

A spokesperson said: “Teachers have the potential to earn up to £65k and hundreds do – and those in leadership roles can earn more. We will co-operate fully with the ASA. It would be inappropriate to comment further at this stage.”