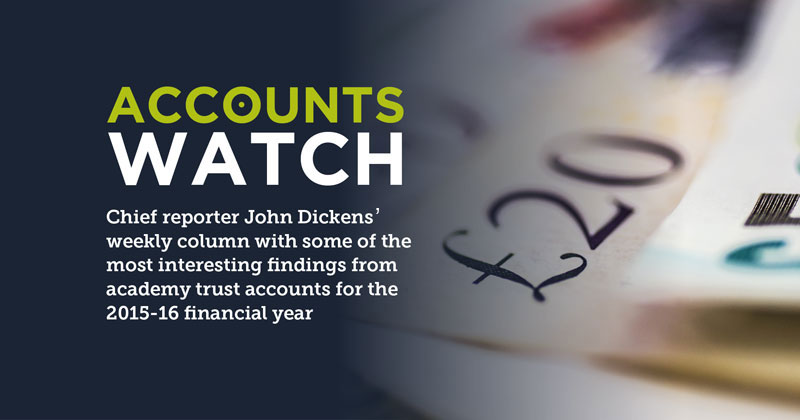 An academy trust chief executive who resigned after a misconduct investigation received a payout of of more than £85,000.

Denise Shepherd was suspended as chief executive of the Thinking Schools Academy Trust (TSAT), which runs 10 schools in Kent and Portsmouth, in May last year.

It was reported in a national newspaper that a whistleblower raised concerns over her dealings with staff.

An independent investigation found no further action was required, but Shepherd later resigned and a new interim chief executive was appointed in July.

Accounts show Shepherd was handed a termination notice payment – which included a payment in lieu of notice – totalling £85,833.

Accounts state the “high-profile case” also resulted in “significant and unexpected” legal costs paid for from the reserves of one of its schools, Rochester grammar.

The trust board planned to “consider options” on distributing the cost among its other academies.

A spokesperson for TSAT said it assessed value for money on severance payments, which independent auditors had verified.

The trust accepted the results of the investigation and wished Shepherd well in the future.

Bev Williams, chief executive of the Legra Academy Trust, which has three schools, seemingly went against the grain last year by taking a £35,000 pay cut.

Many trust chiefs last year received pay rises totalling tens of thousands of pounds – while teacher pay increases were capped at 1 per cent.

Robin Marcus, chair of the Legra trust, said the salary increase followed the “significant additional responsibility at short notice” that Williams had taken on.

Williams, who was the head of Legra’s Belfairs academy at the time, provided leadership and management support to the Cecil Jones academy for three months before it officially joined the trust.

She also oversaw the due diligence process for the takeover.

Marcus said the extra remuneration was agreed with Southend council, which previously had responsibility for maintaining Cecil Jones.

One of the country’s largest academy chains spent more than £250,000 on staff redundancies last year.

Eighty-five staff were facing redundancy as part of a restructure

Eighty-five staff were facing redundancy as part of a restructure that involved curriculum changes to prioritise academic subjects.

The trust actually had an employee increase overall, as 117 staff members joined Delta when it took over South Leeds academy in September 2015.

It’s not only teachers who were feeling the brunt of cost-cutting.

The Greenwood Dale Foundation, which sponsors 31 schools, spent £256,000 on severance payments with another £432,000 on redundancy payments.

All signs point to even greater pressure on schools post-Covid