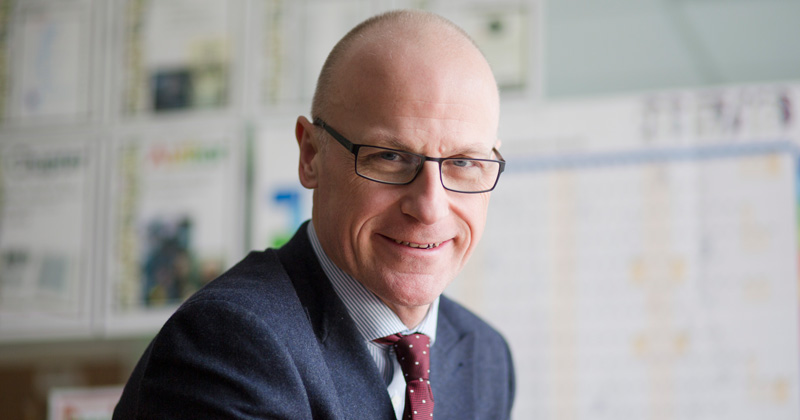 An academy boss who has been absent from his own trust since April after threatening to “deal with” a whistleblower received full pay last year as the trust’s investigation drags on.

Schools Week revealed in April that Andrew Morrish, chief executive of the Victoria Academies Trust, had boasted of “flicking away” safeguarding concerns raised by an anonymous whistleblower.

During a tirade to staff at the Birchen Coppice Primary Academy in Kidderminster, Morrish threatened to uncover the employee who had contacted Ofsted raising issues relating to safeguarding, expenditure and treatment of staff. Morrish accused the anonymous staff member of behaving in a “treacherous”, “underhand” and “pathetic” way.

Accounts for the trust, published last week, confirm Morrish has been “absent” from his role as chief executive and accounting officer since April.

A spokesperson for the trust said “processes” regarding Morrish were not yet completed, but would not comment on when they were expected to finish or what action the trust may take.

He added: “Trustees understand the importance of ensuring value for money in our stewardship of public funds and our accountability for any expenditure.”

Matthew Clements-Wheeler, chair of the Institute of School Business Leadership, said employees of any school will always remain on full pay while an investigation takes place. He added that it was important that sufficient time and resources are allocated so investigations can be “concluded swiftly for the good of all concerned”.

“Employees don’t want the process to drag on and taxpayers don’t want to see schools and trusts paying out salaries when employees are not actually at work.”

Morrish founded VAT in January 2014 and was previously executive headteacher of two of its eight primary schools. He was a regular education blogger and speaker at conferences but has not updated his blog or Twitter since April.

The accounts also say that former executive headteacher Charlotte Davis stepped down from her roles at the trust in August “following the commencement of an independent investigation”.

Schools Week understands that some of the whistleblower complaints made related to Davis. The trust would not comment further on the investigation, and the accounts said she was given three months’ pay and no disciplinary action was taken.

When contacted for comment, Davis insisted she left the trust for health reasons and was not aware of an investigation.