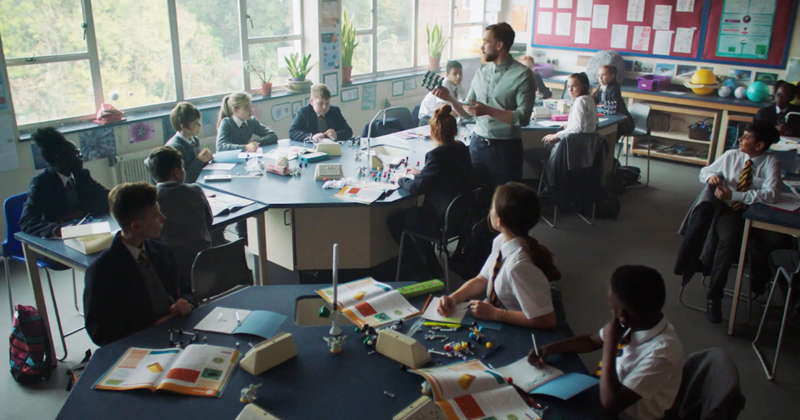 The government’s annual spend on teacher recruitment adverts has continued to rise and is now costing an average of £400 per new recruit.

A Freedom of Information request shows the Department for Education spent more than £37 million on advertising for teacher recruitment between the 2016-17 academic year and 2018-19 (see graph).

The findings come as the latest Get Into Teaching national TV advertising campaign was aired last week. It stars Addison Brown, a science teacher from Bedford High School in Leigh, Manchester.

To provide context to the advertising spend, Schools Week analysed the yearly advertising expenditure against the number of entrants enrolling in initial teacher training (ITT) the following academic year.

This was split between the aforementioned ‘Your Future, Their Future’ campaign and, from September 2018, the ‘Every Lesson Shapes a Life’ campaign.

The DfE’s most recent ITT consensus, released in November, showed it had missed secondary school teacher recruitment targets for the seventh year running – achieving just 85 per cent of its target.

EBacc subjects were among the worst affected, with the government recruiting just 43 per cent of the required physics teachers, 62 per cent of modern foreign languages and 64 per cent for maths.

The DfE has previously said its aim is for approximately 35,000 people to start teaching each September.

A spokesperson for the department said the ad campaigns are an effective way to target potential talented teachers in a “competitive labour market”.

They said: “The number of teachers in our schools remains high, with more than 453,000 now working in schools across the country.”

The breakdown of the DfE advertising spend also reveals some interesting trends.

The DfE attributes this jump to the growth of streaming platforms such as Spotify and the increasing consumption of podcasts.

Spending on video advertising, such as TV adverts, was consistently the area of highest spend – topping out at £5.9 million in 2018-19.

The DfE’s new advert, which portrays the day-to-day life of a teacher, somewhat divided opinion in the education community.

David Carter, executive director of system leadership at Ambition Institute, praised it in a tweet saying: “This is really good! Paints a picture of why this is the best job in the world without making it a Hollywood epic.”

However, others criticised the advert for not covering the realities of teaching – for example, it shows the teacher leaving on time with pupils, which some said was unrealistic.

The government is also now targeting millennials suffering from a “quarter-life crisis” to boost the teaching workforce.

A recent poll conducted by the Get Into Teaching campaign revealed that more than nine in ten workers in their twenties and thirties are actively looking or considering changing their lifestyle.

The survey encourages people to consider teaching as a new career and found that 39 per cent of those polled said they did not feel passionate about their current job.

Roger Pope, a Get Into Teaching spokesperson, said the research showed young professionals wanted to be in a “rewarding role they feel passionate about”.

“This is where teaching comes into its own – particularly for those who are looking for a career that is rooted in purpose and that can provide fulfilment and long-term prospects.”

The DfE also said it is working to cut costs of teacher recruitment through its free-to-use Teaching Vacancies website.