An education academic has resigned from an Ofsted advisory group in protest at the way senior officials conduct themselves on Twitter and the “partisan” nature of such groups.

Viv Ellis, a professor at King’s College London, was invited to sit on the external advisory group for intial teacher education inspection before the summer, but tweeted yesterday he had stood down over concerns about Ofsted’s political independence.

In a wide-ranging interview with Schools Week, Ellis has said hard-working inspectors are being “let down” by some top officials who “behave unwisely” on social media, which risks bringing Ofsted’s appearance of independence and trustworthiness into disrepute.

He has likewise claimed Ofsted’s advisory groups share a “core” of the same members, not all of whom are long-standing experts but are simply known for their extensive Twitter activity.

Ellis, who is professor of educational leadership and teacher development, has also accused the inspectorate of handing out “gotcha” surveys to ITE providers, to check course content aligns with the beliefs of schools minister Nick Gibb.

Ofsted said it “valued” the contributions made by Ellis and was “disappointed” he had resigned.

Schools Week can also reveal the names of members of the external advisory group for ITE, which is helping Ofsted design its new inspection framework in 2020 (see full list below).

Ellis told Schools Week he was concerned not all members of Ofsted’s expert groups “have noticeably strong track records in teaching, leadership or research”, with some simply known for “prolific and often combative Twitter activity from a particularly partisan viewpoint”.

Ellis said he was only invited to the second meeting of the advisory group, while the “core” of the group appeared to be “the same people who are on many Ofsted and DfE groups”.

“I think I may have been regarded as a useful counter-ballast at one point – but then additional members created a different dynamic for the group”.

Ellis also said he raised concerns with the divisional director in charge of the advisory group about tweets by some senior Ofsted officials. “When I raised my concerns, saying I was worried about the way senior Ofsted people were interacting on Twitter, there was a pause, and to me and others in the room, it was clear the HMI recognised the issue.”

It comes after several of Ofsted’s employees have become embroiled in heated Twitter debates, since chief inspector Amanda Spielman relaxed rules two years ago that only HMIs could speak publicly.

The most infamous was in September when Sean Harford (pictured), Ofsted’s national director of education, told the joint general secretary of the country’s largest education union, Mary Bousted, it was “impossible, under your leadership, to try to work with your union to improve things for all in education”. 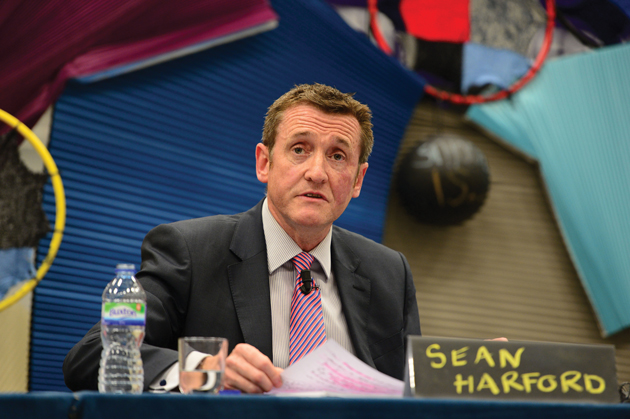 Ellis told the inspectorate in his resignation letter he was concerned it didn’t have a handle on the issue and would “lose the trust of the profession and the public”.

Ofsted has already had to bat off accusations it favoured ‘knowledge-rich’ schools popular with ministers in its research on good curriculum design.

Meanwhile Harford has previously been forced to admit there was no formal recruitment process for new subject curriculum advisory groups.

Ellis also took a parting-shot at Ofsted research surveys sent to university ITE providers which included “bizarre” questions that he claimed showed “ideological biases towards a political model of teaching”, such as asking whether trainees were taught about memorisation and cognitive load theory.

Many of the questions were “based on misconceptions and judgments about ITE that are common among some of the more prolific edu-bloggers, but have no basis in research evidence”, he told Schools Week.

An Ofsted spokeperson said the 22 members on the advisory group for ITE inspection “come from a wide range of educational backgrounds”, including university-based and schools-based teacher training providers.

They spokesperson added: “Mr Ellis did not raise his concerns with us directly. However, we respect his decision to resign from the group.”

Tom Bennett – behaviour adviser to the DfE and founder of ResearchED

Daisy Christodoulou – director of education at No More Marking

Mark Lehain – director of Parents and Teachers for Excellence

Dave Spendlove – professor of education at University of Manchester

*this article was updated to reflect the correct role