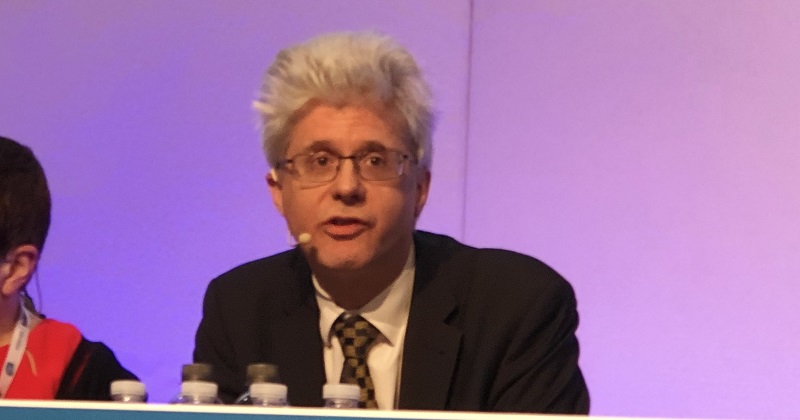 School budgets for next year are “not generous”, the Department for Education’s head of funding has admitted.

Tom Goldman, deputy director for the DfE’s funding policy unit, told the Schools and Academies Show in London this morning that budgets for 2019-20 will leave schools “with real pressures to face”, as he acknowledged some schools would face “tighter” finances under the new national funding formula.

You’ll all be very well aware budgets for 2019-20 have been sent out to every school and local authority, and the first thing to say is obviously they are not generous budgets

The senior civil servant also revealed his department’s strategy in attempting to secure more money from the Treasury for future years will focus on discussions about the need to improve outcomes and social mobility, rather than about trying to return school funding to levels seen in the past.

It comes after Nick Gibb, the schools minister, told the Parliamentary education committee this morning that there is a case for more funding in education, and that post-16 and high needs funding is the priority.

School budgets for this September will be the last set under the government’s current spending plans. A comprehensive spending review, which sets departmental spending powers over the longer-term, will be carried out later this year.

Ministers have sought to address funding inequalities with their new national funding formula, which seeks to redistribute funding based on need rather than historic funding rates, and have attempted to shore up school budgets with an extra £1.3 billion of revenue funding issued in 2017 and small grants to fund teacher pay rises.

Despite these efforts, Goldman painted a gloomy picture of school finances when he addressed the event at London’s Excel centre this morning. He appeared shortly after his boss, the education secretary Damian Hinds, who told delegates he understood their “concerns” about funding.

“You’ll all be very well aware budgets for 2019-20 have been sent out to every school and local authority, and the first thing to say is obviously they are not generous budgets,” said Goldman.

“They are budgets which leave schools with real pressures to face.”

Despite factoring in inflation and pupil number ruses, school funding in the coming year “is as tight as it was last year” and added that those schools which “did less well” as a result of the national funding formula “will have budgets which are tighter this year than last”.

Goldman also warned there would be “fierce competition” for additional funding in the spending review, which will cover the period from 2020 to 2023, and said the DfE would be looking forwards, not backwards, as it tries to convince Treasury ministers of education’s value.

“A lot of the discussion about the total funding for schools at the moment focuses back on levels of funding in 2015 or 2010 and I do not believe the Treasury find discussions that look backwards particularly convincing when they’re thinking about where to invest future public funding.”

Instead, the DfE will make “arguments which are really clear about the benefits that investing in education will bring”, including the need for better outcomes, greater social mobility, improved productivity and better health outcomes.

One big bone of contention for headteachers budgeting for 2019-20 is a proposed 2 per cent pay rise for teachers set out in the DfE’s submission to the School Teachers’ Review Body.

Pressed on whether schools could really afford the rise during a press conference at the Schools and Academies Show, Hinds said the 2 per cent figure had been calculated based on “the projection of what happens with overall school budgets next year”.

“There’s a proportion of that which is salaries and within that a proportion which is teacher salaries, and that is where the 2 per cent number comes from,” he said.