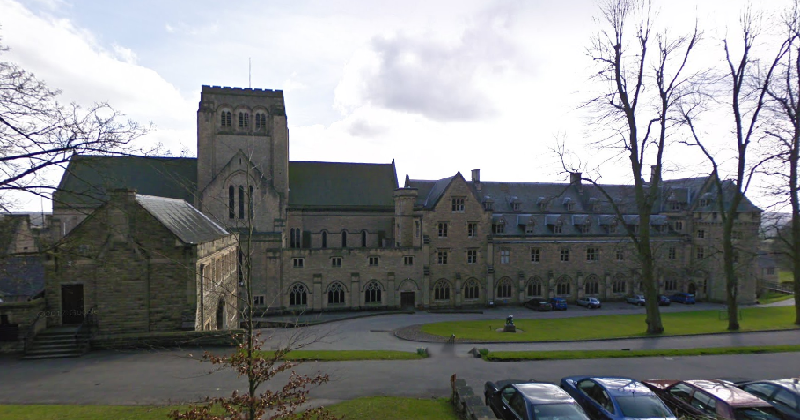 Two leading independent Catholic schools have been heavily criticised for failing to prevent pupils from being subjected to “appalling” sexual abuse and caring more about protecting the reputation of staff than the welfare of pupils.

A 200-page report by the Independent Inquiry into Child Sexual Abuse has said the “blatant openness” of the sexual abuse at Ampleforth College in Yorkshire and Downside School in Somerset over more than 40 years demonstrates “a culture of acceptance of abusive behaviour” and criticised the “secretive” actions of leaders, including a headmaster who burned wheelbarrow-loads full of school files.

The report into the two English Benedictine Congregation (EBC) schools forms part of a wider investigation into abuse in the Roman Catholic Church. A public hearing on a third abbey and school, Ealing and St Benedict’s, is expected to be heard in early 2019, after which the inquiry will publish its recommendations, including its views on the role of inspectors and regulators in scrutinising behaviour at the schools.

Ten men, mostly monks, have so far been convicted of or cautioned for offences involving sexual activity towards children or pornography at the schools. However, the report warns the true number of victims “is likely to be considerably greater than numbers cited in the convictions”.

Leaders failed to pass on allegations of abuse against monks and other staff to the police, often allowing them to remain or return to the school or abbey, and were accused of being “secretive, evasive and suspicious” to anyone outside of the EBC.

“Both Ampleforth and Downside prioritised the monks and their own reputations over the protection of children, manoeuvring monks away from the schools in order to avoid scandal,” the report said, adding that known abusers were simply moved to other locations without proper disclosure of the risks they might present, and “some children were abused as a consequence”.

In 2012, former headmaster at Downside, Dom Leo Maidlow Davies, removed files “reported to be primarily the personal records of individual monks and staff stored over a lengthy period of time” from the basement of a school building, loaded them in a wheelbarrow over several trips and destroyed them in a bonfire on the edge of the estate, reportedly to make “more storage space”.

The report said: “The fact that we do not precisely know what was burned and what the motivation was is in itself of concern. The files could have contained important information about the behaviour of individual monks and the lives of children at the school.”

Abbot Timothy Wright, who was at Ampleforth between 1997 and 2005, was said to have “clung to outdated beliefs about ‘paedophilia’ and had an immovable attitude of always knowing best”, including referring accused monks to psychiatrists rather than the police.

David Molesworth, a safeguarding specialist for North Yorkshire child services, told the inquiry he did not believe Ampleforth “as a whole understands or accepts their responsibilities for child protection issues”, adding: “We appear to be dealing with denial or downright obstruction.”

Children as young as seven faced abuse at Ampleforth, where annual fees cost £35,424 for a boarder or £24,636 for day pupils.

The report warned that a “strict separation” in the governance between the abbeys and the schools must take place “if safeguarding arrangements are to be free from the often-conflicting priorities of the abbeys”.

“This took too long to achieve at Ampleforth. More than eight years following the Downside governing body considering the issue, Downside is still working towards the school becoming both legally and financially separate and independent of the monastery.”

A spokesperson for Downside said it “fully acknowledges the serious failings and mistakes” outlined in the report and reiterated “our sincere and unreserved apology to all victims and survivors of sexual abuse suffered as a result of the actions of some within the Downside community.”

“We remain committed to ensuring that, now and going forward, Downside is recognised as an example to other schools as an early adopter of best practice in safeguarding,” he said, adding that monks no longer hold key positions in the school.

A spokesperson for Ampleforth also apologised to victims, and said: “We have publicly accepted responsibility for past failings on many occasions, and the Ampleforth of today has never been afraid to learn difficult lessons.

“We remain completely focused on the safety and wellbeing of those entrusted to our care and our commitment to implement meaningful change.”

In April, the Charity Commission stripped Ampleforth of all safeguarding responsibilities due to “continued concerns” about the management of safeguarding risks. It was rated ‘outstanding’ by Ofsted in 2009, but both Ampleforth College and its primary school St Martin’s Ampleforth were including in the private school warning notices published last month, where both faced criticism over poor safeguarding.

After an inspection in 2010, Ofsted rated Downside School ‘inadequate’ in a boarding school report, citing “significant failings in how the school keeps boarders safe”. However, a follow-up social care inspection the next year noted improvements in safeguarding and a “sharper focus on these issues”.