The proportion of A* and A grades has dropped this year by 1 percentage point to 25.2 per cent, the lowest since 2007.

Pupils achieving an A* is also down, from 8 per cent last year to 7.7 per cent – the second year running the top grade has dropped.

However, the overall pass rate has pretty much stayed stable with 97.5 per cent of entries receiving at least an E grade (just a 0.1 percentage point drop). 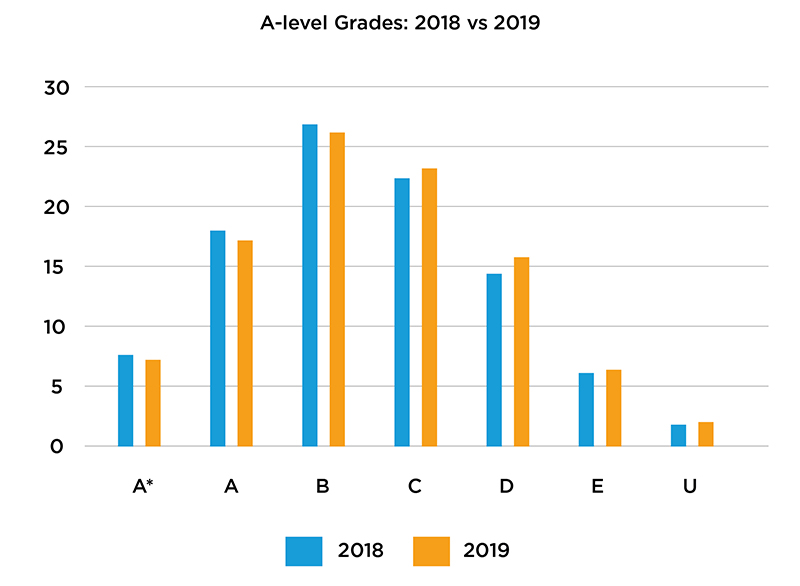 For the fourth year in a row the 10 most popular A-level subjects (in the UK) are exactly the same.

There was a slight change in order in the middle of the table with English literature slipping to seventh place below art and design subjects.

Maths remained the nation’s favourite subject, although it saw a dip in market share from 12 per cent to 11.5 per cent.

Political studies has seen a resurgence in popularity (with a 9.8 per cent increase in entries on last year), with chemistry and sociology the other subjects to register the biggest rise in entries (9.2 per cent and 9 per cent, respectively).

The government is facing calls to review the declining popularity of English amid concerns it could be fuelled by the tougher English GCSEs.

Elsewhere, performing/expressive arts saw a 16.9 per cent drop, other modern languages fell 14.3 per cent and media/film/TV studies fell by 13.8 per cent. 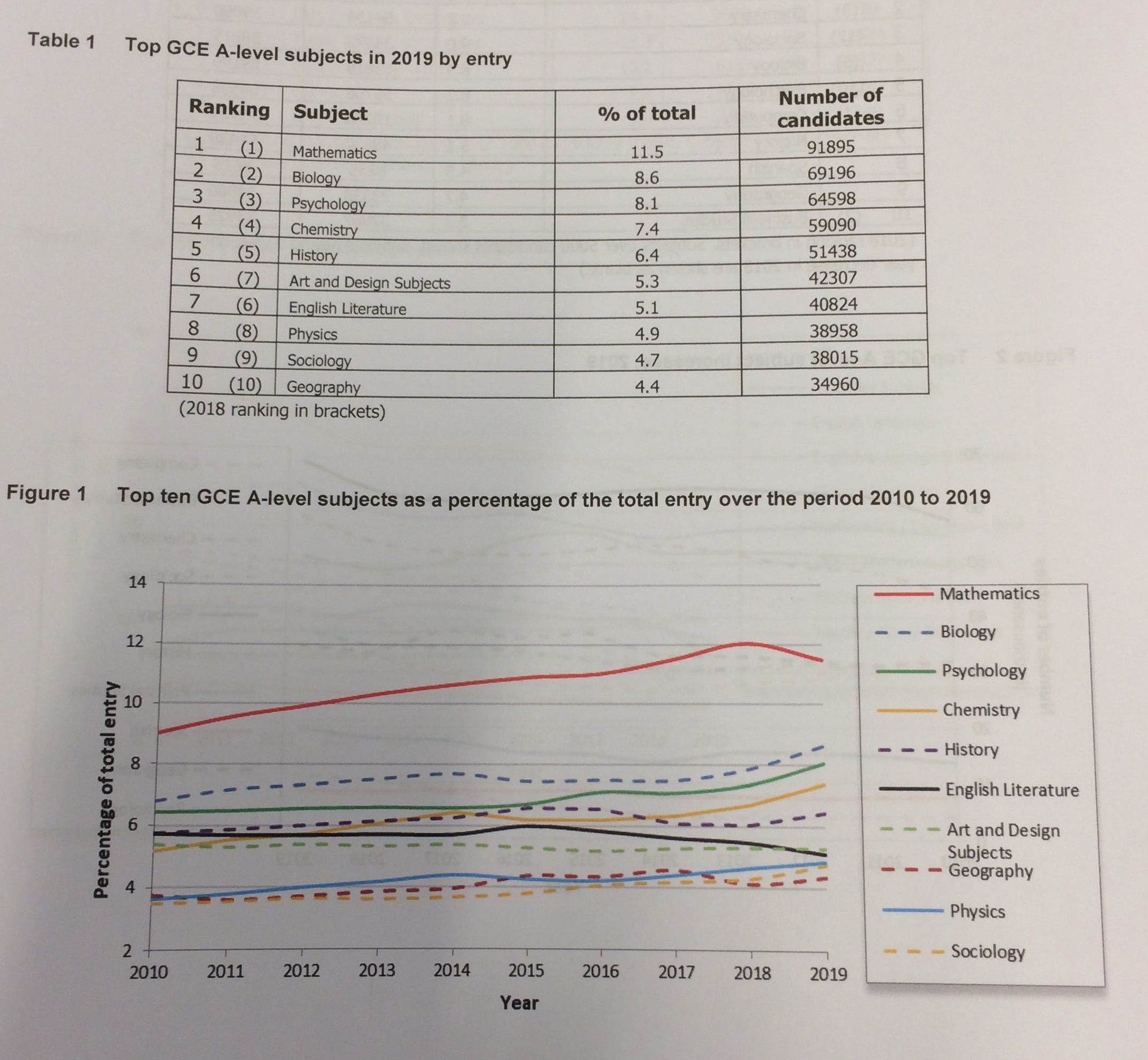 Computing continues to have a big gender gap though things are getting better as girls this year made up 13.2 per cent of the cohort (up from 11.7 per cent last year and just 9.4 per cent in 2017).

Boys are worse off in a range of subjects such as English Literature, English Language, and Art & Design, which are over 70 per cent female.

5. Girls catching up to boys on top grades

When looking at the UK-wide figures, girls have actually overtaken boys on scoring A* and A grades: 25.5 per cent of females got one of the top two grades this year, compared to 25.4 per cent of boys.

But the England-only stats show a slightly different picture.

Male candidates tend to receive more A*s than female candidates, however the gap narrowed slightly this year (mainly because of a fall in males getting the top grade).

This year, in England, 8.1 per cent of male candidates gained an A* compared with last year when it was 8.5 per cent.

The proportion of female candidates also dropped this year, down to 7.3 per cent from 7.6 per cent.

Boys still lead the way on scoring the top two grades, but the gap is widening.