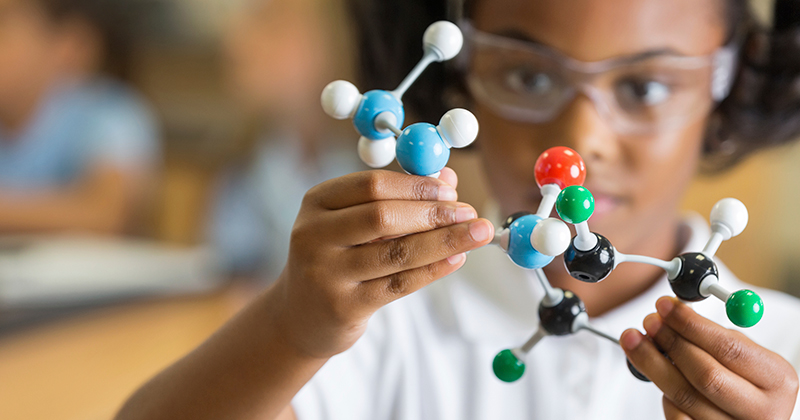 The government has released provisional A-level data, and other 16-to-18 results, which reveals how schools have fared in accountability measures.

The data includes figures on performance in tech certificates and other level two vocational qualifications for the first time.

Here we round up the key findings from the data.

Whereas last year the average point score for A-levels was 31.52, this year that increased to 32.12.

This meant the average grade moved from a C to a C+.

2. But more pupils are failing A-levels

Despite the good news on average points scores, a slightly larger proportion of pupils scored below an E compared with last year.

Whereas 98.8 per cent of pupils achieved A* to E grades in their A-levels, this fell to 98.1 per cent this year.

Top grades were largely unchanged: 53.3 per cent of pupils earned A* to B grades this year, which was virtually the same as the 53.4 per cent the year before.

A larger proportion of pupils are opting to study maths and science A-levels.

Entries to physics, maths, biology, chemistry and further maths all increased as a proportion of pupils taking A-levels.

However the rise did not divide evenly between boys and girls.

Entries to maths also rose overall, from 23.2 per cent to 24.4 per cent. Again, the rise was greater for boys.

4. A-level pupils in UTCs got the lowest average point score

Pupils taking A-levels in university technical colleges, which tend to offer vocational as well as academic courses, got the lowest average point score of any school, at 20.7, the equivalent of a D.

Next lowest were pupils in studio schools, which focus on creative and industry-related courses, who got an average point score of 23, the equivalent of a D+.

Meanwhile, pupils in 16-to-19 free schools got the best average point score of all types of schools.

Converter academies were just behind, with an average point score of 32.4. This was in turn higher than local authority schools, which scored 30.18.

5. There was a slight decrease in entries to A-levels

Girls continue to take more level three qualifications than boys, with the the proportion of level three entries coming from girls rising from 52 per cent to 52.5 per cent.

They also take A-levels more than boys; 54.2 per cent of A-level students were girls, a similar ratio as last year.

Meanwhile fewer boys are taking tech level qualifications and the gender gap in uptake is closing. There has been an 8.4 percentage point fall in the proportion of boys studying tech levels this year compared to last year, from about 40,400 to 37,000.

The overall proportion of pupils studying tech levels has fallen by 5.3 per cent overall.