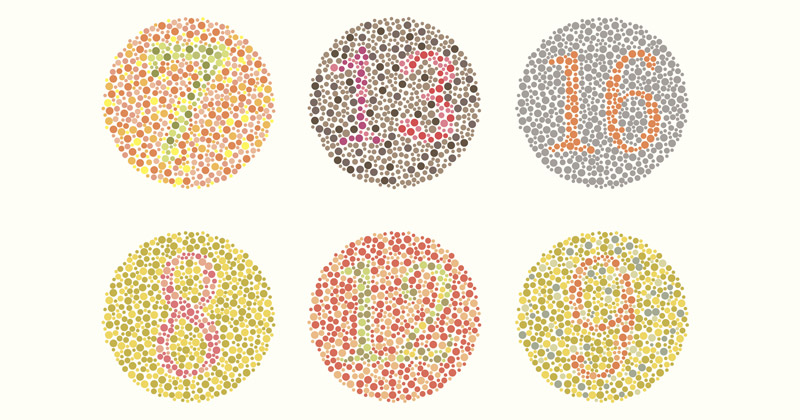 Exam boards are producing scripts for GCSEs and A-levels that rely on coloured diagrams to convey information to candidates, even though this will make the content inaccessible for colour-blind pupils.

Colour vision deficiency (CVD) on average affects more than one child in every UK classroom – one in 12 boys and one in 200 girls – but exam boards continue to use colours to explain details required to answer questions in subjects such as geography.

Schools Week has seen copies of GCSE and A-level exam papers which incorporate this type of content, produced by Edexcel (owned by Pearson), AQA, and OCR – with some dated as recently as this summer.

According to Kathryn Albany-Ward, founder and director of Colour Blind Awareness, the papers are simply “not suitable for colour blind people”, and she raised the issue with the exams regulator Ofqual in April.

“Ofqual was made aware of the problems for CVD students in external exams earlier in 2017,” she told Schools Week. “They agreed at a meeting with us that this is a problem they have overlooked but now they refuse to engage with us.”

But the regulator reopened discussions with Colour Blind Awareness after Schools Week raised the issue.

Following a week of correspondence with us, an Ofqual spokesperson acknowledged meeting with Colour Blindness Awareness earlier in the year and said it was “aware of their concerns”.

“Our regulations are clear that awarding organisations are required to minimise bias in assessment,” a spokesperson said.

Awarding organisations are required to minimise bias in assessment

“We are not aware of any substantive concerns that arose during this summer’s exams but will continue to monitor the situation.

“We have also invited Kathryn Albany-Ward to meet our Access Consultation Forum to discuss the issues.”

Ben King, a secondary school geography teacher in Devon who is himself colour blind, told Schools Week he that sees “a couple of examples each year” of exam scripts that are “totally inaccessible” to colour-blind pupils.

“I have seen inappropriate use of colour combinations to show patterns on maps and graphs, where different lines or categories appear to me to be the same colour,” he said. “It is important for exam papers and resources in general to also include labels, patterns or numbering.”

King achieved A grades throughout GCSE and A-level, except in one A-level geography paper, in which he received an ungraded result that he believes was down to the coloured resources in the exam.

“Every day in my classroom I have to ask for clarification from my students regarding a map or graphic,” he said. “What do students do if they are shy? What if they don’t even know about their hidden disability? Many will just think that they are ‘stupid’.”

Michael Turner, the director-general of the Joint Council for Qualifications, told Schools Week that all exam boards “make sure that colour blind students aren’t disadvantaged”.

“Schools and colleges have several options and can use a colour overlay sheet, have an invigilator explain any colours, or print exam papers on coloured paper,” he said. “Schools and colleges should know about these options, for which they don’t even need permission from exam boards.”

But Albany-Ward believes these arrangements are inadequate.

“The Department for Education has tried to put the onus for seeking and supporting CVD pupils onto schools but has not ensured that schools are aware of the issues nor that they are equipped to deal with them,” she said.

In response, a DfE spokesperson said: “A child with colour blindness may be considered to have a special educational need if it means they need additional support and resources from their school.

“Schools and colleges must make reasonable adjustments where a child has an impairment or disability that affects their ability to take part in everyday activities.”