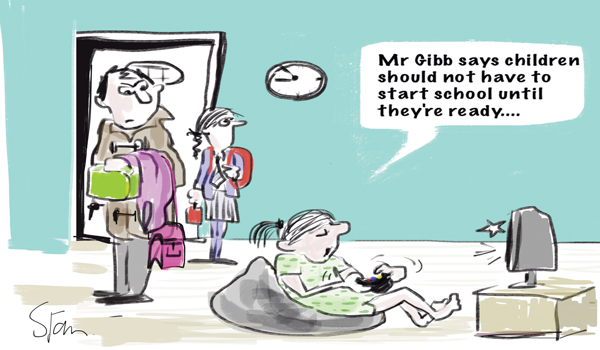 Plans announced this week to allow summer-born children to enter reception classes after their fifth birthday have been warmly welcomed by campaigners for change, but outstanding issues on school funding will need to be examined first, the government has confirmed.

A Department for Education (DfE) spokesperson told Schools Week that a consultation on proposals to change the school admissions code to accommodate summer-born children starting school later than others in their age cohort will consider the issue.

Schools minister Nick Gibb confirmed on Tuesday that the government would change the rules that currently allow schools to force summer-born children, held back from starting school until they turn five, into a year 1 class rather than reception.

Announcing the changes, Mr Gibb said they were part of his government’s “plan to extend social justice and opportunity”, adding: “we want all children to have an equal chance to excel in school regardless of when they are born”.

He said: “Parents know their children best and we want to make sure summer-born children can start reception at the age of five, if their parents think it is in their best interests.”

The rule change would mean children born between April and August could start school as late as the age of five years and five months, and would not leave until after their 19th birthday if they moved through sixth form – prompting questions about childcare access and post-16 education arrangements.

Education Funding Agency funding only covers young people up to the age of 18, after which a 17.5 per cent reduction comes into effect. Funding for post-19 education comes from the Skills Funding Agency and is not available to schools.

An Association of Colleges spokesperson said that allowing summer-born children to start school later would not have a “direct effect” on post-16 provision for 10 years, but added that it was a “rational response to evidence that shows achievement gaps depending on when children are born”.

The Summer-Born Campaign has welcomed Mr Gibb’s announcement, but also raised concerns the changes might not go far enough.

A spokesperson said: “We welcome the recent announcement and open letter from Nick Gibb and his proposed changes to the school admissions code. We look forward to engaging in the formal consultation process.

“Unless these changes become a mandatory requirement, the postcode lottery for summer-born admissions will continue.”

Following the consultation, details of which are yet to be announced, the changes will need parliamentary approval.