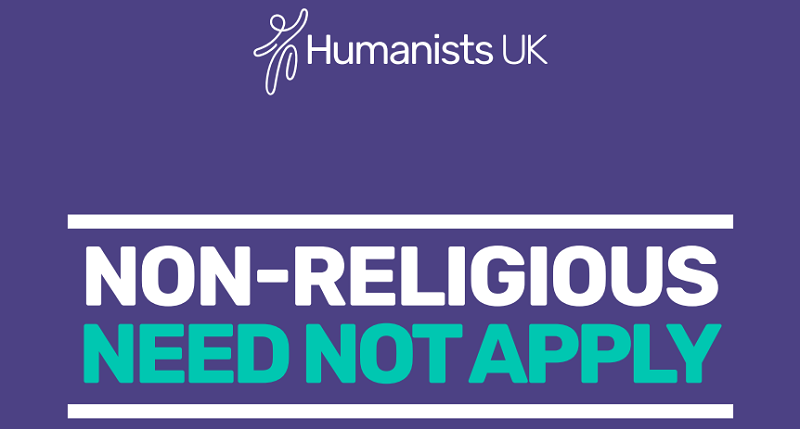 Nearly half of England’s secondary faith schools prioritise religious families – of any denomination – over the non-religious, according to new research.

While the figure is 40 per cent overall, Catholic state secondary schools are the worst offenders. In a survey of admissions policies at 637 faith schools, Humanists UK found that 60 per cent of Catholic secondaries “discriminate against the nonreligious specifically”, a proportion that’s significantly higher “than any other kind of school”.

The Catholic Education Service has hotly protested the findings, arguing that non-religious pupils already have the greatest choice, because 81 per cent of schools are non-religious in the first place.

In contrast, there are some parts of the country “where one in three Catholics can’t get a place at a catholic school”, a spokesperson insisted.

There are roughly 68,000 children of no faith attending Catholic schools, they said, and only one Catholic secondary school in the country has a fully Catholic body of students.

Admission policies will always be an emotive issue

CES’ records show that 14 Catholic secondary schools in England (four per cent of the total) have no non-religious children attending at all. These are all in London, “where demand is at its highest”.

A quarter of Church of England state secondary schools were also found to be prioritising children from various faiths over the non-religious. The figure for Muslim schools is one in five, and Jewish schools one in six.

In contrast, Humanists UK said it had found no state-funded Hindu or Sikh schools that “single out the non-religious in this way”.

A Church of England spokesperson said its schools “exist to serve the whole community” and “remain popular” with parents from all faith backgrounds, including those who are non-religious.

“While admission policies will always be an emotive issue, 15 million alive today who have attended a Church of England school know the reality – that they represent the diversity of their communities, and offer a rich educational environment for all,” he said. “We continue to live out our vision for creating flourishing schools and pupils at the heart of our communities.”

Partnerships for Jewish Schools and the Muslim Council for Britain have been contacted for comment.

“Schools’ admissions policies should be fair to families, treating them and their children equally regardless of their beliefs. Policies that discriminate against one group specifically are the antithesis of that and ought to be banned,” said Humanists UK chief executive Andrew Copson.

Admissions to faith schools have been in the spotlight in recent months, after  the education secretary Damian Hinds mooted lifting the “faith cap”, a rule that means any new faith free school that is oversubscribed can only select 50 per cent of its pupils by religion.

In March, 71 faith leaders, politicians and education experts sent a joint letter to Hinds, asking him to reconsider his plans to remove the cap because the decision would be “divisive” and a threat to “social cohesion and respect”.

In May the government announced that plans to lift the cap had been abandoned, saying that ministers would instead make it easier for faith groups to open new voluntary-aided faith schools, on the proviso that they provide 10 per cent of the capital costs themselves.