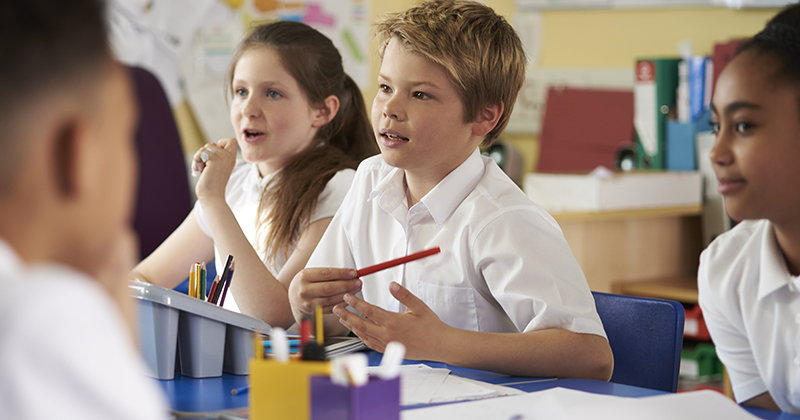 The best local authorities should be allowed to take schools back from underperforming multi-academy trusts, according to a leading think-tank.

Academies do not perform better than maintained schools, and the government must find a better way to handle poor performance, the Education Policy Institute’s latest report has found.

The EPI wants to give local authorities the power to regain oversight of academies from underperforming MATs, but councils with poor schools should get school-level interventions and support from regional schools commissioners.

The EPI measured pupil improvement and found very little difference in the overall performance of academies and local authority schools at both key stages two and four.

However, it warned the overall performance of the group a school is in – whether a MAT or a particular local authority – makes the biggest difference to the attainment of its pupils.

The analysis took prior attainment and disadvantage into account, and found that primary pupils overseen by the best-performing trusts and LAs are the equivalent of a full term ahead of their peers in the lowest-performing chains or councils. At key stage four, the difference is equivalent to half a grade in each GCSE subject.

Meanwhile, there is “sustained underperformance” at both academies and maintained schools.

The process of giving failing academies fresh oversight has been “slow”, but intervention in maintained schools is tricky for the government too.

Although some local authorities “have been consistently struggling with their performance” – including Dorset, Newcastle and Wolverhampton – the government is “restricted in its options for intervention at local authority level, following its decision to drop measures to force academisation in low-performing areas”.

David Laws, who presided over the expansion of the academies programme as schools minister between 2012 and 2015, is now the executive chair of the EPI.

He said the report demonstrates that “neither full academisation nor a wholesale return to the old local authority model is likely to significantly improve attainment in English schools”.

“Instead, the government needs to consider how it can act more swiftly and effectively to tackle the worst-performing school groups,” he said.

“Too many local authorities and academy chains can languish at the bottom of performance tables for too long before action is taken.”

The EPI wants the government to publish information on local authority performance as it does with academy chains, and work to identify MATs at “significant risk of failure” and prepare potential sponsors for their schools earlier.

“It remains the case that what matters most is being in a high performing school group, not being in an academy rather than a local authority maintained school or vice-versa,” the report said.

Education unions and associations have supported the points made in report, particularly the recommendation for councils to take over schools in struggling MATs, but the Department for Education has confirmed this is not on the table.

Kevin Courtney, joint general secretary of the National Education Union, described it as  “without doubt the most significant aspect of this report”.

“This is simple common sense and would be welcomed by many communities who have seen their local schools taken over by unaccountable and negligent academy chains. Indeed it’s a demand that has already been made many times,” he said.

“The academies programme has not delivered on its promised outcomes, but it has also produced a fractured and incoherent schools system.”

Geoff Barton, the general secretary of the Association of School and College Leaders, said there is “no reason why the government should not explore further any option which potentially improves the life chances of young people”.

He demanded more research on what both high- and low-performing groups have in common, adding: “Politicians must stop fixating on structural reform as a panacea and instead focus on providing the support that schools need.”

However, a spokesperson for the DfE said the government “disagrees that the solution is to place schools back under local authority control”.

“Instead, we are empowering academies and trusts to drive improvements and share expertise,” he said.

But Roy Perry, the vice chair of the Local Government Association’s children and young people board, said the government “needs to allow councils to be the effective education improvement partners they can be”.

“Councils stand ready to step in and help schools where necessary,” he added. “Councils should be given freedom to set up their own MATs, if that is the wish of the local community, and they should be given the powers to do so.”

Paul Whiteman, the general secretary of the National Association of Head Teachers, said: “All state-funded schools, regardless of type, are at financial breaking point. They are struggling to keep providing children with the support they need. The government needs to demonstrate its commitment to schools and young people by releasing more funds at the earliest possible opportunity.”