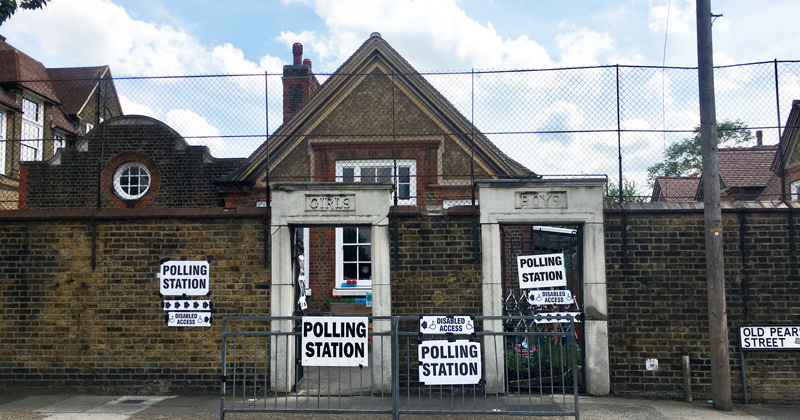 The government has pledged an extra £31 million in funding so councils can avoid using schools as polling sites in the upcoming May elections.

Council, mayoral and police and crime commissioner elections, alongside a number of local by-elections, and referendums in some areas will all be held on May 6.

Normally, thousands of schools are used as polling stations – with some having to close fully.

But a letter sent from schools minister Nick Gibb to headteachers today confirmed the government supports avoiding the use of schools as polling sites “where it is practically possible to do so”.

The letter adds: “This year all children have missed vital time at school and the Government is committed to minimising any further disruption to pupils’ education … we are clear that where schools would be required to close, returning officers should look to other available venues first.”

Where there are no alternative premises, schools and returning officers should “work together to minimise any disruption and keep the school open where that is possible”.

To support efforts to find alternative venues and “find creative solutions”, the government is releasing around £31 million for local authorities. Other venues cited are places of worship, gyms or commercial venues.

If it is impossible to avoid using a school, then the extra cash “should be used to meet the costs of additional measures to minimise disruption in schools and costs of cleaning”.

This includes cleaning which needs to take place when polls close so that schools can “immediately reopen” the following day.

However in an email sent to school leaders, and seen by Schools Week, the Department for Education clarifies  “on-site provision should still be available to vulnerable children and the children of critical workers on election day”.

The letter also contains guidance from Public Health England (PHE) which advises schools ventilate any rooms used “via full window and door opening to fresh outside air for at least 1 hour.”

All hand touch points, such as door handles and desks, should then be sanitised. PHE say this process will take around an hour “for a small team in an average polling station”.

An estimated 3,728 schools – 18.5 per cent – were due to be used as polling stations in the 2019 general election. This was a 10 per cent drop on previous years, Schools Week analysis found.

It is up to the headteacher and chair of governors if the school closes.

Geoff Barton, general secretary of the Association of School and College Leaders (ASCL), said this year’s solution “should become a permanent state of affairs with schools only ever used for polls as a last resort when there is absolutely no other alternative.

“It is important at all times that education is not disrupted, and the use of schools as polling stations does feel like something of an anachronism.”