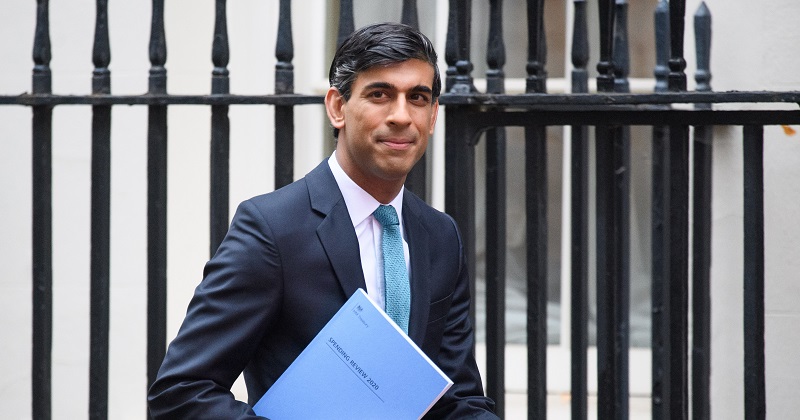 The chancellor Rishi Sunak has launched his spending review, which sets out how public services will be funded in the 2021-22 financial year.

Most notably for schools, the spending review includes a pay freeze for public sector workers earning over the median salary.

In announcing a pay freeze for public sector workers earning over £24,000, the chancellor cast doubt on the government’s pledge to raise teachers’ starting salaries to £30,000 by 2022-23.

But the Treasury confirmed today that it still plans to deliver on the commitment, which was in the Conservatives’ general election manifesto.

The first stage was implemented this year, with the government confirming a 5.5 per cent pay rise for new starters. This took the minimum salary for a main pay range teacher to £25,714 from September.

But the pay freeze means most teachers won’t get the anticipated rise next year, which means starting salaries will have to increase by more than £4,000 to meet the commitment by 2022-23.

The other big commitment made by the government in the run-up to last year’s election was for a £7.1 billion increase in the schools budget by 2022-23.

The growing financial crisis had prompted fears that the government might row back on the commitment.

But Sunak confirmed today that the second incremental rise of £2.2 billion will go ahead as planned next year, and reaffirmed the government’s commitment to the full £7.1 billion uplift.

The spending review also confirmed further details about the government’s new school rebuilding programme, which was first announced in June.

The prime minister had already announced it would be a 10-year programme, with £1 billion for 50 projects in 2021.

But the spending review documents show that the government wants to rebuild 50 projects every year for the rest of the decade, though the amount of money allocated for future years will be decided at a later date.

The SR also includes £1.8 billion in funding for schools to help maintain and improve the condition of school buildings.

The spending review documents include a commitment to spend £300 million in 2021-22 on new school places for children with special educational needs and disabilities. The government claims this is “almost four times” as much as was provided in 2020-21.

Interestingly, as former DfE adviser Tom Richmond points out, there is no reference as part of this pledge, or indeed anywhere in the document, to the free schools programme, previously a flagship policy.

The spending review documents refer to £400 million in funding for education “including schools catch-up and supplementary support for free school meals” in 2021-22.

There is no breakdown on what this is for, but Schools Week understands some of it will cover the extension of the government’s National Tutoring Programme for a second year.

The documents also refer to £1.4 billion for the 2020-21 financial year, which began in April this year. But the Treasury has confirmed this is money that has already been announced.

Schools will get funding to release staff to mentor new teachers as part of the government’s new early career framework, a move which has been warmly welcomed by those in the sector.

The framework, which seeks to boost the induction teachers receive during their first two years of teaching, was already allocated £130 million in funding last year so that schools could offer new teachers a reduced timetable and additional training.

The spending review documents confirm the £220 million already pledged to extend the holiday activities and food programme to all areas of England and to cover the Easter and Christmas holidays in 2021.