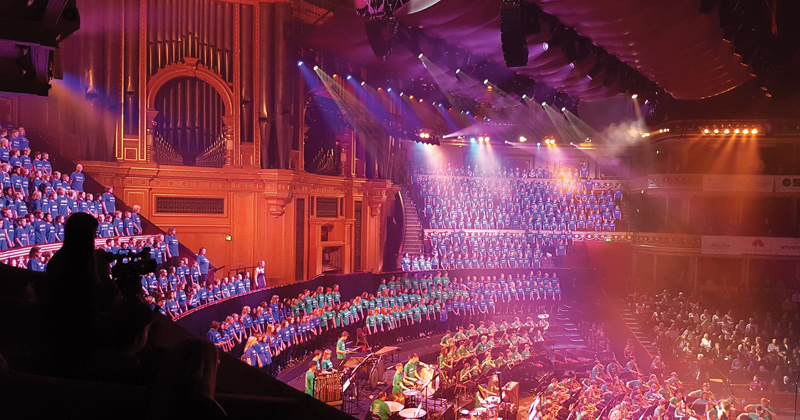 Almost 3,000 school pupils have performed at London’s Royal Albert Hall as part of the annual Music for Youth Proms.

The three-night event welcomed talented young performers from schools across the UK, with music ranging from acapella choirs, jazz bands, and full-scale orchestras to a six-piece alt-rock band.

The pupils that took part in the event, on November 13, 14 and 15, were selected to perform in London after taking part in regional and national heats hosted by Music for Youth earlier in the year.

Among the performers were the energetic St Ann’s CoE Primary School steel band, which was made up of 15 year 5 pupils.

The group first performed at the MFY Festival in Camden, and were then invited to take part in a national festival at Birmingham’s Symphony Hall before taking to the Royal Albert Hall stage last week.

This steel band is made up of primary school kids and they are KILLING IT! pic.twitter.com/3Xuykpbvua

“The St Ann’s Steel Band started up in April 2016. We entered MFY and I saw the band go from strength to strength. Now at the beginning of year 5 they will be performing at the Royal Albert Hall,” said Alicia Brown, the school’s steelpan teacher. “I have never in my 20 years of teaching the steelpans seen a group develop so fast. I am immensely proud of them.”

Music for Youth provides free performance opportunities for young people aged 21 and under with help from Arts Council England, the Department for Education, Creative Scotland and the Department of Education for Northern Ireland.