The students, from Southfields Academy in London, were shadowing journalists at the Association of Colleges national conference in Birmingham last week. 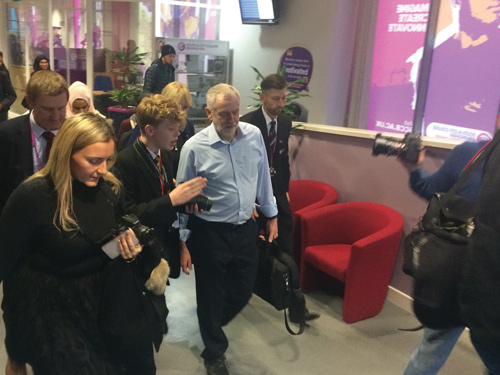 Emilly Santos and Luke St Clair approached BBC breakfast presenter Steph McGovern while they were interviewing conference delegates during the break, and she encouraged them to pursue their own interests before going into journalism.

“For example, I studied engineering first,” she told them.

They also attended a question-and-answer session with the Labour leader at a local college, where they jumped in to ask questions.

Engaging in meta-conversations on Twitter about the keynote speeches was the best part, according Emilly.

“I liked quoting what they were saying and challenging what people were commenting on,” she said. “It made me focus more so I gathered more information from it.”