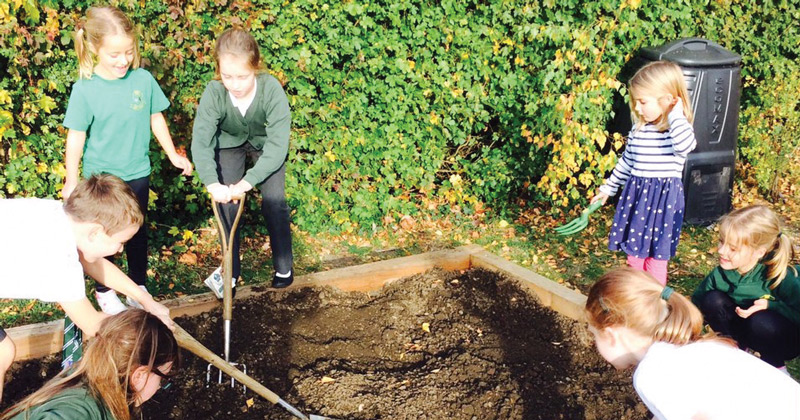 An Oxfordshire school has received £2,500 from the Ministry of Defence to set up a therapeutic garden for pupils from forces families.

The new garden at Crowmarsh Gifford Primary School, which is close to RAF Benson, aims to help pupils with parents serving in the air force relax by learning about nature.

With a general student population of 208, the school has between 10 and 20 pupils from forces families at any one time.

“If parents are deployed at some point, it can create strain in families and stress for the kids,” explained Flora Barton, the headteacher. “It’s really just a chance for them to get outdoors, focus on their wellbeing, and do something that they enjoy – and get messy!”

The idea for the garden, which was officially opened by RAF Benson’s group captain, Hamish Cormack, was put forward by pupils in the school’s RAFters group, where those with serving parents can talk openly about their experiences.

The group is now going to host an assembly about the purpose of the garden and why it’s there, and will designate a raised bed to each class.

“We’ve got a load of raised beds, but there’s always going to be one just for the RAFters,” Barton added.